Bodegas Emilio Moro Winery Ribera del Duero | Spanish Wine Lover ﻿
This site uses cookies. By continuing to browse the site you are agreeing to our use of cookies.Cookies policy hidden 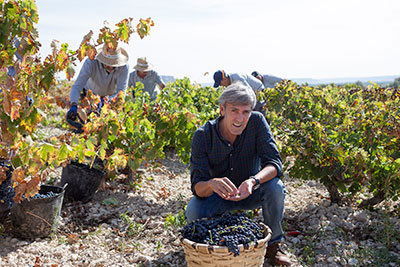 This is one of the most successful examples of winegrowers taking the leap to winemaking in Ribera del Duero. It was in the late eighties, when the appellation was in full swing after its official approval in 1982.

The project, led by brothers José and Javier Moro together with his father Emilio, was based upon five hectares of vines planted by their grandfather in the vicinity of Pesquera de Duero (Valladolid). The family used to own far more vineyards but most of them were uprooted during the 70s economic crisis. That’s why new plantings originate from selected reproductive material taken from the oldest plots. In fact, the Moro family has always advocated for the uniqueness of Tinto Fino. As José Moro puts it, “it’s a very specific clone of Tempranillo whose grapes are notably smaller”.

Another distinctive element of Emilio Moro has been its proximity to the market, always actively promoting their range of wines and trying to satisfy wine lovers' palates. Their wines can be described as full-bodied yet fresh reds that are ready to drink when they reach the market. No one can say that Emilio Moro’s bottlings are neither palatable nor tasty.

In the late nineties, the family launched Malleolus (which is the Latin name for majuelo, a small plot of vines), a superior red that subsequently became a new range with the addition of two single-vineyard labels. At the same time, they decided to stop using the traditional aging Crianza and Reserva terms and adopted what is called the “generic label” in Spain, formerly almost exclusively attached to young wines.

Today, Emilio Moro’s top range includes: Malleolus of Valderramiro (7,000 bottles, €120), made from the oldest family vineyard which was planted in 1924 on clay soils with limestone areas; Malleolus of Sanchomartín (2,500 bottles, €120) only uses grapes from the top of the hill where soils have a much higher limestone content and vines were planted in 1944; and Malleolus (100,000 bottles, €28), which combines some historic vineyards with the first plantings dating from the late eighties. As a rule, Sanchomartín offers more finesse and freshness due to the higher altitude and slower ripening whereas Valderramiro is more structured and powerful on the mid-palate. The family has recently launched Emilio Moro Clon de la Familia (only 1,000 bottles, €300) intended for charity and sold through the Emilio Moro Foundation established in 2008.

But without a doubt, the flagship red is Emilio Moro (600,000 bottles, about €16). Aged for 12 months, it boasts plenty of fruit, freshness, fulfills the palate and is totally drinkable. Finally, the young red Finca Resalso (€8), tamed with a short period in barrel, remains one of the best values in Ribera del Duero.

The winery offers different tasting packages for wine lovers, some of them including their top reds, as well as an intriguing barrel tasting. Lunches can also be arranged at the winery. Find detailed information about distributors in Spain and importers worldwide in the links provided. Purchases can be made directly at the winery’s online store.In 2007, the family started a new venture in the area, Bodegas Cepa 21, together with other partners.

Wine tourism with a twist