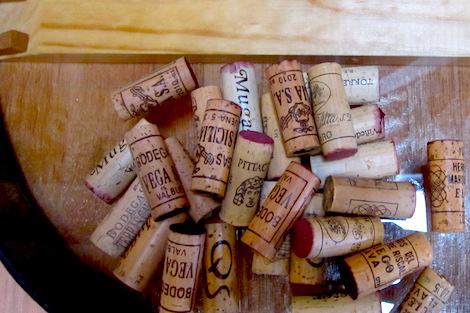 The wine festival season gathers momentum in March with events in several cities and towns across the country Photo credit: Bodegas Muga

The wine festival season starts to pick up on March. The first one this month is set to be held in Durango (Basque Country) with over 40 producers from across the country, followed by a tasting in the coastal town of El Puerto de Santa María of red wines from the province of Cádiz, the superb Simplemente Vinho featuring producers from Spain and Portugal and the Natural Wine Fair in Barcelona. Additionally, there are plenty more tastings before the Easter break. As usual, we will update this list over the course of the month so come back to this page to plan your leisure with the latest wine events in Spain.

2 March. Marcos Eguren, winemaker at Bodegas Sierra Cantabria in Rioja, presents some of his most iconic wines during a paired dinner at restaurant Txakoli Simón (Camino San Roque, 89) in Bilbao. Iberico ham and other gourmet and local products will be served with the following wines: Sierra Cantabria Otoman 2015, El Puntido 2012, Victorino 2013 and Finca El Bosque 2013. At the end of the event, each participant will take home a bottle of Finca El Bosque 2013. Time: 20:00 Price: €110  Bookings on +34 944 45 74 99

3 March. The 16th Carbonic Maceration Wine Festival, Primer 2016, returns to Madrid’s Barceló Market with wines from 15 wineries from Rioja and beyond such as Bodegas Altún, Casa Primicia, Luberri, Solabal, Macià Batle, Estancia Piedra y Fariña, among others. Click on this link to get a free ticket. Time: 12:00 – 15:00 and 17:00 – 21:00

3 March. Guillermo Cruz, head sommelier at Basque restaurant Mugaritz (2 Michelin stars) and the man who will represent Spain during next month’s World’s Best Sommelier competition in Mendoza (Argentina), will lead a tasting in Essencia (Zabaleta, 42) in San Sebastián in which he will evoke some of his most exciting wine trips aided by some great wines from those regions. Food will be served after the tasting. Price: €90  Time: 19:15

5 March. Over 40 wineries will gather in the Basque town of Durango during Durango Ardo Saltsan, a wine and fine food festival with deli products such as black garlic, marinated free-range chicken, cheese, anchovies, coffee etc. This year’s theme in Durango Ardo Saltsan is Wine Cooking, with live shows and tastings as well as stands manned by producers from across the country such as Agrícola Labastida, Artevino, Bohigas, Dehesa Valdelaguna, Itsasmendi, Malaparte, Mendraka, Recaredo, Toro Albalá or Ximénez Spínola among others. Entrance to the fair, which takes place in Landako Gunea, costs €15 and includes a glass. Time: 11:00 - 15:00 and 17:00 - 21:00

5 and 6 March. El Puerto de Santa María holds the VII Red Wine from Cádiz province Festival with the presence of producers such as Luis Pérez, Peter Maurer, Compañía de Vinos del Atlántico, Forlong and Cortijo de Jara, among others. There will be two paired tastings during the weekend. Tickets cost €5 to taste on the stands and €10 for the tasting sessions. Location: IES Santo Domingo High School Time: Saturday from 12:00 to 16:00 and Sunday from 12:00 to 16:00

5 and 6 March. Simplesmente... Vinho started in Portugal as an alternative and independent wine fair with small producers from Portugal and Galicia (plus some from Rioja and Ribera) and after four editions, it adds a new location on the Mediterranean. Among the 20-odd producers that will travel to Simplesmente... Vinho BCN 2016 are Quinta das Bageiras (Bairrada), Quinta do Infantado (Douro), Quinta da Pellada and Casal de Mouraz (Dao), Bodegas Nanclares (Rías Baixas), Bodegas Ponce (Manchuela) and Chateau Paquita (Mallorca). Four Barcelona restaurants will provide the food during the event, which will be held in Addicted To Life art gallery (Pujades 156 bis, Poblenou, Barcelona), and there will also be live music. Price: €10 per glass/day and €15 for two days. Meals cost €5 per plate. Opening hours: Saturday from 12:00 to 00:00 and Sunday from 12:00 to 19:00.

9 March. Vinoteca El Lagar, managed by respected wine importer and distributor Paco Berciano and his team in Burgos (San Lesmes, 14) presents a tasting of wines by Sabinares, one of the most exciting producers in DO Arlanza. Time: 20:00 Entrance is free, but if you want to attend you need to become a member of Lagar Club (which is also free). Further information on  info@lagarclub.com

11 March. Wine nerds should flock to retailer Tiza y Flor in Alicante (César Elguezábal, 31) to take part in a tasting of wines made in amphorae, a new trend which actually goes back a few thousands in Georgia, where it is still the most common vessel to store wine. After the tasting there will be a snack with cheeses provided by La Cave a Fromage. Time: 20:00 Price: €35

11-13 March. The Wine Festival in Chantada, a small town on the riverbank of Ribeira Sacra in Galicia, celebrates its fiesta with music concerts and a tasting of wines from the region.

15 March. Enjoying food and wine is compatible with healthy habits; in fact, there are numerous studies which conclude that wine in moderation is good for you. Doctor Ángela Grande will explain in Bodega Urbana in Bilbao (Gran Vía, 66) the benefits of wine during a tasting with the following bottles: Bodega Urbana 2015 Petit Verdot, Cerro Gallina 2012 Bobal and L’O de la Vie 2012 Syrah. Further information and bookings on +34 94 441 6181

15 and 16 March. A journey across Spanish wine is the tasting proposed by Wine Fandango in Logroño (Vara del Rey, 5). Five different wines from five regions including Rioja will be tasted along with five pinchos made by chef Aitor Esnal. Time: 20:30 Price: €30 Bookings on +34 941 243 910

16 March-16 October. During the next seven months, CVNE in the Barrio de la Estación in Haro (La Rioja) will be home to 20 singular pieces, some of them in very large format, by British sculptor Sir Anthony Caro. Price: €10 which includes a winery tour, tasting and a visit to the exhibition.

17 March. Fantastic opportunity to taste seven of the wines made by the seven young producers behind Rioja ’n’ Roll, who will present them at a paired tasting in Hotel Viura in Villabuena de Álava. Time: 20:30 Price: €45 € Further information and bookings on +34 945 609000

19 March. Coinciding with Father's Day in Spain, Bodegas Franco Españolas in Logroño (Cabo Noval, 2) has organized a family day pruning the vineyard followed by an apertif and a tour of the winery. Parents can leave the kids in the temporary kindergarten that has been set up for the day. Price: €25 for adults, €10 and €15 for children. Time: 12:00

22 March. The Unión Española de Catadores (Lope de Vega, 27) in Madrid organizes a vertical tasting of Quinta Sardonia, a project initially led by Peter Sisseck in Ribera del Duero and now part of Terras Gauda from Galicia. The tasting will be led by former winemaker Jerome Bougnaud and the current one,  Christian Rey. Time: 19:00 Price: €40 (€25 for members)

24 March. Passió de Vilalba is a religious fiesta which is held annually in the Catalan village of Vilalba, in the DO Terra Alta. Wine has traditionally been linked to the region as well as to Christian ceremonies and plays an important part in the celebrations. For the past nine years, organizers at Patronato de la Passió have been making wine in the old fashioned way, with amphorae, as it was the custom during Roman times and likely to be in a similar style to the wine drank by Jesus Christ in the last supper. Wines from the latest vintage stored in amphorae will be opened on the day so the public can try the result and compare it to the rest of the village wines, under the DO Terra Alta category. Some of those wines are made by local producers such as Celler Xavier Clua, Vins del Tros, Covilalba, Ecovitres i Bernaví as well as this year’s guest producer from another DO. Time: 11:00 Precio: €15 €.

24-28 March. Winegrower and winemaking professor at the University of La Rioja, Juan Carlos Sancha, opens the doors to his winery this Easter so that visitors can taste four Garnachas he makes in the Alto Najerilla region in Rioja. The four wines are made following the same winemaking process, with fermentation in 500-litre casks, but they are sourced from four different vineyards with various terroirs and orientations. Time: 12:00 Price: 10 €

29 March. Rafa Bernabé makes wines with as little intervention as possible in order to reflect their origin and vineyards in Parque Natural de la Mata in Torrevieja and Villena (Alicante). Today he will be in Enoteca Barolo in Madrid (Príncipe de Vergara, 211) explaining his project, called llamado Viñedos Culturales, and will bring the following wines to taste: El Carro, Blanco 2015;  Benimaquia Tinajas, Blanco 2015; Musikanto, Rosado 2015; La Amistad, Tinto 2014; Beryna Tinto 2012, Ramblís del Arco, Tinto 2013 and two additional surprises that will be unveiled during the tasting. Bookings on +34 917 451 927 Time: 20:30 Price: €30

30 March. Josep and Marta are the couple behind Celler La Vinyeta, a project which started in 2002 in the DO Empordà after they purchased some old Samsó and Garnacha vines. Nowadays they manage 22 hectares. They will be at Jovani&Vins in Barcelona (Comte Borrell, 30) explaining their wines, which will be paired with some cheese. Time: 19:45 Price: €4

31 March. Espai Penedès in Barcelona (Muntaner, 21) organizes a rosé wine tasting paired with pizza. Participants will learn how rosé wine is made and will taste the following wines from this region in Catalonia: Mas Comtal Rosat 2014; Llopart Clos dels Fòssils; Gran Arnau de Loxarel; Domenech Vidal rosat 2014 and L’Era blanc de Can Bas. All of them will be paired with pizzas from local  retailer Casa Ametller. Hora: 20:00 Precio: 15 €

31 March. Málaga restaurant Los Patios de Beatas (Beatas, 43) will hold a tasting and talk with local producer Victoria Ordóñez, who will present four Spanish wines in her distribution portfolio. After the tasting there will be a dinner with five dishes paired with additional wines. Price: €30 for non members. Information and bookings on +34 952 210 350