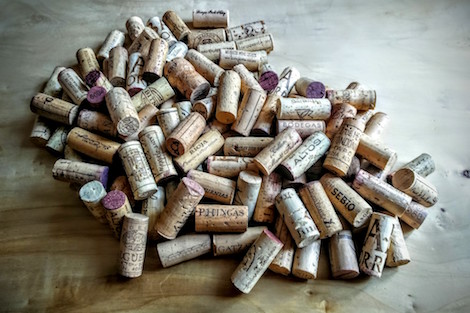 As we do every month, we have summed up plenty of information with some of the most interesting activities for wine lovers across Spain throughout May. Log back onto the site  to check for updates and new events.

1-15 May. The Envero Awards are looking for 1,000 noses to taste and act as jury in the 19th edition of this competition that will be held on 21 May in Aranda de Duero (Burgos). Amateurs and professionals can both be members of the jury and inscriptions are free.

5 May. Patios de Beatas restaurant in Málaga (Beatas, 43) presents a tasting of wines from Bodegas Luzón in Jumilla. The wines are: Luzón Blanco, Luzón Crianza, Altos de Luzón and Alma de Luzón. The tasting will be followed by a dinner. Time: 20:30 Price: €25  Bookings on +34 952 210350

6 May. The second revised and updated edition of the book Galicia entre copas, by Mariano Fisac, is the perfect excuse for a tasting in Enoteca Barolo (Príncipe de Vergara, 211, Madrid) with the following wines from Galicia: Gorgola Brut, Cabana das Bolborotas, (DO Rías Baixas); A Pita Cega 2014, Lagar de Sabariz; Altares de Postmarcos 2012, Adega Entre Os Ríos (IGP Viño da terra do Barbanza e Iria); La perdida Finca O Trancado 2014; Cume do Avia 2014, DO Ribeiro and Fedellos do Couto 2014, Cortezada (DO Ribeira Sacra). The tasting will led by Fisac with the company of some producers from various regions in Galicia. Attendees will receive a complimentary copy of the book. Time: 20:30 Price: €30 Bookings on +34 91 745 1927

6 and 13 May. Wine store La Mercería in the town of Boadilla del Monte in Madrid presents a tasting of sherries in two parts. The first session, on May 6th, will include the following wines: Guitérrez Colosía Fino en Rama, Saca de primavera de manzanilla de Barbadillo, Maruja manzanilla and manzanilla pasada and  Williams & Humbert Fino. Time: 20:30 Price: €8 Bookings on +34 637 852 998

7 May. Ferran Centelles, ex sommelier at El Bulli and contributor on  JancisRobinson.com, presents in Barcelona (Hotel Catalonia Plaza, Plaza de España 6 and 8) a wine and food pairing seminar with concepts, techniques and trends where participants will be able to taste samples of food matched with wine. The seminar is addressed to both wine enthusiasts and trade professionals. Time: 10:30-13:30 and 15:00-18:00 Price: €175 + VAT A certificate issued by Outlook Wine will be handed to all participants.

7-8 May. Poble Sec in Barcelona hosts the first Vermouth and Aperitif Festival with the presence of 20 vermouth brands from Spain and beyond such as Miró, Olave, Lacuesta or Pepa A Loba, among others. As well as vermouth, there will be some craft beers and cava and typical bites to pair with vermouth like olives, spicy chips, canned fish... Entrance is free. Location: Espai Crec (Blesa, 27) Opening hours: Saturday 11:00-23:00 and Sunday 11:00-21:00

9 and 30 May. The Verema Experience travels to Málaga (Museo Automovilístico, Edificio Tabacalera) and Madrid (30 May) with the presence of over 75 producers and distributors and their wines. Inscriptions are free but a €5 glass deposit is requested and will be reimbursed after the event. Time: 12:00 - 21:00

12 May. Presenting the rich diversity of Spanish wine is the aim of Vinos de España, Una Pasión, an event promoted by sherry producer Emilio Hidalgo. This year the tasting moves from Jerez to Palacio Bucarelli in Seville (Santa Ana, 40), with the presence of over 40 top producers from across the Spanish geography such as Abadía Retuerta, Álvaro Palacios, Barbadillo, Jiménez Landi, Recaredo, Coto de Gomáriz, Suertes del Marqués, Can Rafols deis Caus, Federico Schatz or Barco del Corneta, among others. Time: 11:30 - 19:30 Price: €25

13 May. Ruta del Vino in Santander (Arrabal, 18) organizes a tasting of white wines from around the world, with selections from Spain and other wine producing countries like Chile, France or Austria, among others. Time: 20:45 Price: €25 Inscriptions and further information on 942 216503

13-15 May. The Mostra de Vins i Caves del Baix Penedès, which will take place in Llorenç del Penedès near Barcelona, includes the presence of local producers such as Jané Ventura, Finca Mas Perdue or Cellers Domenys, among others as well as several other wineries from the rest of Cataluña. As well as tastings, the festival will have a paired wine cocktail workshop, a tasting of Riesling wines paired with paella, concerts and children’s activities. Prices vary depending on the activity.

14 May. El Celler de l’Aspic (Miquel Barceló, 31, Falset, Tarragona) holds a vertical tasting of Mas d’en Compte, one of Priorat’s most special wines given that it is made from garnatxa blanca, xarel.lo, picapoll and macabeu, the four white varieties in the area, The tasting will be led by Joan Sangenís, winemaker and owner of Celler cal Pla. Time: 21:00 Further information on +34 977 831 246

14 May. Bodegas Franco-Españolas in Logroño (Cabo Noval, 2) suggests a green harvest activity for adults and children. Attendees will hear an explanation of the different tasks carried out in the vineyard and will take part in the green harvesting activity: children, accompanied by adults, will decide which vine shoots must be cut. Afterwards there will be a chance to enjoy a snack al fresco and adults will visit the winery on a guided tour while the kids ave fun in the playroom. Time: 12:00 Price: Adults €25 and various prices for children. Bookings on +34 941 25 12 90

14-15 May. A new edition of the fair Arrels del Vi will be held at the Empordà village of Sant Martí d’Empúries with a chance to taste wines from the main producers in the area. Tickets cost €20 and include a Riedel glass, a guided tour of the Ruïnes d’Empúries and a tasting of “Mulsum” (Roman wine), children’s workshops, tapas and a €5 voucher to spend on wines at the fair. Time: from 12:00 to 15:00 and from 17:00 to 21:30

14-22 May. The DO Binissalem organizes Wine Days Mallorca in various villages of the island with the participation of 14 bodegas from this small appellation, as was as quality products made in the Balearic Islands (IGP Sobrasada de Mallorca, DO Aceite de Mallorca, Flor de Sal d’es Trenc, etc). There will be winery tours, art exhibitions, markets and concerts.

17 May. The Spanish Tasters Union (Lope de Vega, 27, Madrid) presents an unmissable tasting for anyone wishing to find out what's happening in Sherry country beyond the largest bodegas. Led by Miguel Ángel Llanos, the tasting will include wines from rising stars in the Triangle working the soils and returning to traditional winemaking styles such as Callejuela, Luis Pérez, Ramiro Ibáñez, Bodegas El Gato or Primitivo Collantes. Time: 19:00 Price: €35.

22 May. The second Natural Wine Fair in Madrid returns again this year but this time it moves to a different venue with 20-odd producers such as Nacho González from La Perdida (Valdeorras), Manel Rodríguez from Wiss (Montsant), Fabio Bartolomei from Vinos Ambiz (Madrid) or Manuel and Lorenzo Valenzuela from Barranco Oscuro (Granada). A few foreign producers of natural wines will also be around such as Domaine Meyer (Alsace) and Frank Cornelissen (Sicily). In addition to the wine, there will be live cooking and artisan products. Location: Museo del Ferrocarril in Madrid (Paseo de las Delicias, 61) Time: 10:00 - 20:00 Price: €5 with an engraved glass to take away.

25 May. Restaurant Piñera in Madrid (Rosario Pino, 12) organizes a paired dinner with five dishes and the wines of Dominio de Cair, the project that Luis Cañas from Rioja set up in Ribera del Duero. These are the wines that will be served: Cair Cuvé, Cair, Tierras de Cair and Pendón de la Aguilera. Time: 20:00 Price: €45

25 May. Restaurant Guardaviñas in Logroño (Marqués de San Nicolás, 47) presents a tasting of six whites and reds from Piedmont, at the foot of the Alps. At the end of the tasting, there will be a selection of dishes served to all participants. Time: 20:30 Price: €40

26 May. The 12th edition of Muestra de Garnachas moves to the Museum of  Zaragoza (Plaza de los Sitios, 6) with the presence of nine producers from the DO Campo de Borja: Alto Moncayo, Bodegas Aragonesas, Bordejé, Borsao, Pagos del Moncayo, Bodegas Román, Ruberte, Palmeri Sicilia and Crianzas y Viñedos Santo Cristo. The wines will be accompanied by Teruel ham and cheese from the Moncayo mountains. During the exhibition, there will also be a tasting of 12 wines including three Garnachas from Châteauneuf-du-Pape. Time: 12:00-15:00 and 18:00-24:00 horas Price: €25

27-28 May. Have you ever dreamt of being one of the world’s 400-odd wine professionals who hold a Master of Wine title? The Institute of Masters of Wine (IMW) and Fundación para la Cultura del Vino organize a two-day seminar led by MW such as Pedro Ballesteros or Sarah Jane Evans, among others. They will explain the MW approach to the examination syllabus with a special focus on the writing and tasting skills required to become a Master of Wine. The class will include tastings of different wines from different regions of the world. As well as tastings throughout the day, evening dinners are included as part of the programme. The seminar is in English and will take place in Bodegas Muga, Haro. Price: €435.60

30 May. Under the title Quality wines classification - Challenge for the future or delusion for Rioja?, the 7th Diam Conference gathers in Logroño.  As well as a presentation by Rafael del Rey, director of Spain's Wine Observatory Foundation, there will be two panels moderated by journalist Andrés Preens where speakers will discuss the desirability of a new classification model for Rioja and the guidelines it should follow. Participants include wine producers Jaume Gramona and Juan Carlos Sancha and members of Rioja's Regulatory Body and  indie producers Rioja ’n’ Roll. Location: Restaurant Delicatto. Information and bookings on +34 941 237 520