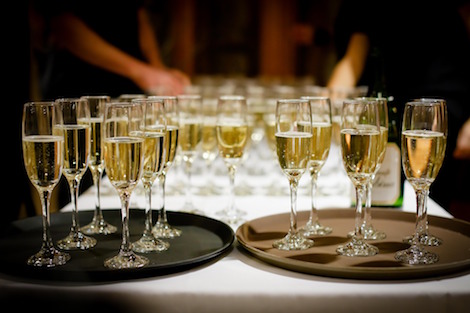 Most wine events this month take place during the first fortnight of the month as a taster of the festive Christmasy feeling that takes over the second half of the month. The most interesting tastings involve bubbles, wines which are unjustifiably seasonal but which are at their most popular this month in terms of consumption and sales.

As well as bubbly, there is the odd festival or special event, like the dinner with Vega Sicilia and the awesome voice of Barbara Hendricks and the tasting with Pedro Ballesteros MW at the end of the month. Don’t forget to return to this page throughout the month to check for updates!

1 December. Vide, Vide store in Santiago de Compostela (Rúa da Fonte de Santo Antonio, 10) presents Paco and José Crusat, the father and son team from Adegas Entre os Ríos in A Pobra do Caramiñal. They will bring the new vintage of KomoKabras, one of their most singular wines, as well as others they produce in the DOP Brabanza e Iria in Galicia. Attendance is free but booking is required on this number: +34 981 58 29 11 Time: 20:30.

2 December. La Ruta del Vino (Arrabal, 18) has organized a blind champagne tasting at their store in Santander. According to Jean Marcos, manager of this wine store in Santander, “the small producers will challenge the famous champagne houses” and announces there will be a surprise. Time: 20:45 Price: €30 Further information on +34 94 221 6503

2 December. Lavinia in Madrid (Ortega y Gasset, 16) hosts a national and international sparkling wine festival where wine lovers will be able to taste bubbly from producers such as Alta Alella, Castell de Sant Antoni, Gramona, Laurent Perrier, Louis Roederer, Juve & Camps, Pere Ventura, Recaredo, Agustí Torelló, Muga or Deutz, among others. Time: 19:00 Tickets cost €10 but this amount will be reimbursed with purchases over €50 on the day of the event.

3-10 December. The Basque capital hosts Ardoaraba, an annual wine tasting festival with local txakoli and wines from Rioja Alavesa paired with local pintxos. Cava is the guest wine appellation on this edition with marquees dotted around the city centre in Vitoria. Producers like Berarte, Tierra or Txakoli Uno will lead tastings in special areas next to the marquees. In order to try the wines, visitors need to purchase their tickets (€13) which include a glass and can then be exchanged for wines and pintxos in the marquees and participant bars across town. As a novelty this year, some producers will also present their wines at tastings held in various bars across town.

7 December. Europe vs América is the subject wine retailer Jovani&Vins (Comte Borrell, 30) in Barcelona has picked for its next blind tasting, which will include four wines. There will be cheese to pair with each wine. Time: 19:45  Price: €10 (members €9)

9 December. The Monvínic Experience in Barcelona this year will include a tasting of wines from iconic producer Vega Sicilia plus the presence of singer Barbara Hendricks, along with organ player Mathias Algotsson and Ulf Englund on the guitar, who will offer their interpretation of each wine through a serie of songs chosen by them. These are the wines on the tasting: Oremus Mandolas 2014 Tokaj, Macán 2013 Rioja, Valbuena 5ª 2012, Vega Sicilia Único 2005, 2002, 1996 and 1990 and Oremus Aszú 5 Puttonyos 2007. Price: €180

10 December. Sherry’s regulatory bodies will host a charity tasting led by Rocío Ruiz, owner of Bodegas Urium in Jerez, and César Saldaña, director of the appellation. These are the wines that will be tasted: Fino en Rama, Amontillado Clásico, Palo Cortado Clásico, Oloroso VORS and PX VORS. Time: 12:00-14:00 Price: €12 € Inscription and bookings on practicas@sherry.org

17 December.  Barcelona based producer Abadal, located in Santa Maria d'Horta d’Avinyó, will host a Christmas Market with foodie and artisan products as well as a wine & food bar. As well as shopping, market goers will be able to visit the winery, take part in children’s workshops, a wine showcooking and several wine tastings including a session with chocolate led by sommelier Josep Pellegrí (Best Spanish Sommelier 2016), another one featuring cheese and a beginners’ tasting. The day will end with a concert by Andrea Motis, Joan Chamorro and Josep Traver. Time: 11:00 - 20:30

18 December. Can Rafols dels Caus opens the doors of its winery in Avinyonet del Penedès, Barcelona to host a fun and unusual tasting with four of the house's wines where music, culture and traditions will take centre stage. The aim is to have a good time and donate the proceeds to La Marató de TV3, which will destine the proceeds to the fight against ictus, a disease that Carlos Esteva, owner of Can Rafols, suffered. Time: 12:00 Price: €10 Bookings and information: +34 93 897 0013

22 December.  To round of a great year, the Unión Española de Catadores, named best education provider at this year’s IWC Merchant Awards Spain, presents Spain’s only Master of Wine Pedro Ballesteros who will lead a tasting of world wines made from Cabernet Franc: Chinon, with producers such as Bertrand Sourdais, Bernard Baudry or Philippe Alliet; Toscana or Friuli with Poggio al Tesoro or Mario Schiopetto; or prestigious winemakers such as Alejandro Vigil in his Argentine project El Enemigo. The tasting will be held at Hotel Villamagna in Madrid (Plaza de las Cortes, 10) Time: 19:00. Price: €100; members €85.

23 December. To end the year in style, wine merchant Tiza y Flor (César Elguezabal, 31) in Alicante organizes a tasting of champagnes selected by A la Volé and accompanied by cheese from local store Cave a Fromage. “One bottle per head. It has always been like that and we don't plan to change it but if we do, it will be upwards, of course”, says owner Pedro Ruiz Belda. Time: 20:00 Price: €50 Bookings on +34 965 14 20 03

Do you know of any interesting wine events which are not on this list? Are you a restaurateur or retailer who organises tastings or wine events for the general public? Send us your calendar for free to info@spanishwinelover.com