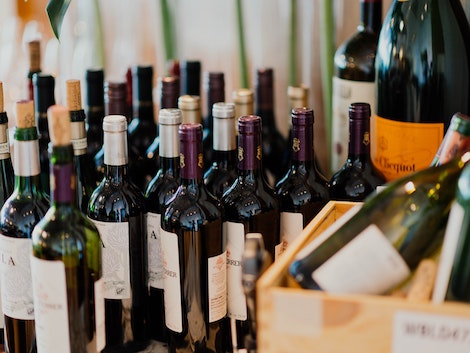 From January through April 2020, Spanish wine exports to the US dropped by 11.5% in volume and 6.5% in value but importers are upbeat about the economy.  Photo by Chuttersnap on Unsplash

It’s over. Maybe. For now at least, there are two beams of light heading into what has been an exceedingly dark tunnel for Spanish wines in the United States.

After dealing with what importer Annette Peters called “challenges like no other year in history,” US importers and merchants now have a lifting of onerous tariffs and a slow but steady reopening of the kinds of restaurants that championed Spanish wines. That’s buoyed by an almost-certain economic recovery fueled in part by a $1.9 trillion Covid relief bill.

Challenges remain. The removal of the tariffs might last for only four months, and getting wine across the Atlantic in that period could prove difficult. “Containers are very hard to come by,” says Andre Tamers, owner of De Maison Selections, “so wines coming over might be tariffed again if the delays in shipping are as big as we are currently seeing.”

Meanwhile, table wines under 14.1% alcohol that hit these shores between Oct. 17, 2019 and March 5 already have been slapped with 25% levies. Most Americans are on track to get Covid-19 vaccines, but restaurants in most states are not close to getting back to full service.

Still, Tamers says, “these next four months should be great. A lot of people are going to be rushing to buy stuff. What happens after four months, nobody knows. What we’ve learned is that you can’t make assumptions.”

And that was a hard-earned lesson. For wineries, importers, distributors, retailers and restaurateurs, the tariffs and pandemic-induced shutdowns prompted a double-whammy of chaos. Make that a triple-whammy, as massive layoffs and furloughs produced daunting if not dire financial consequences for millions of consumers.

The effects were immediate: From January through April 2020, Spanish wine exports dropped by 11.5% in volume and 6.5% in value, according to Rabobank Quarterly. France fared even worse, down13 % in volume and a whopping 22% in value. Meanwhile, Peters says, “[Tariff-free] Italy has just been frickin’ printing money.”

Spain’s relative good showing in total value, importers say, is because sales of higher-end wine remained relatively stable. Also, larger producers “made some concessions” on pricing, working with import outfits to swallow some of the tariff fees, adds Peters, president of Minnesota-based Bourget Imports and Domaines and Appellations.

By “playing the long game,” in one importer’s words, many wineries viewed the combination of tariffs, Covid-19 and people having less disposable income as a temporary situation, aiming to come out of it with their customer loyalty intact.

“I saw a lot of generosity with Spanish producers initially, with everybody reaching out,” Tamers points out. “We’ve all made significant price sacrifices, the wineries, importers and distributors. And people continue to be very generous.”

Peters also appreciated “this sense of loyalty from a lot of producers. They didn’t just switch their business to a country that didn’t have tariffs.”

A heyday for (many) reds

Wine sales were doing well just before the tariffs and Covid-19. From 2019 to 2020, Wine.com business, the largest online store in the US, grew 114%. Figures for Spanish wines were even better as sales grew 136% overall. “Though sales numbers are still smaller than Rioja or other regions, Rueda and Verdejo grew about 300% from 2019 to 2020”, says a spokesperson for wine.com.

Some patterns emerged during the tariff period. As more consumers bought wine online — revenues at wine.com rose 119% in 2020 to $329m — and fewer ventured into mask-mandated stores, familiar brands thrived. “Consumers went back to a comfort zone,” Tamers adds.

To wit: Muga had a record year stateside, says Víctor Ordóñez, vice president for sales at Jorge Ordóñez Selections. Other well-known Rioja wineries such as Marqués de Cáceres and La Rioja Alta, even at higher prices, fared well. So did the Ordóñez value label (“our container filler”) Protocolo. “It was tariff-affected,” Ordóñez confesses, “but only went from $7.99 to $8.99, so sales weren’t really affected.”

Retail sale spikes came close to offsetting the precipitous drop in restaurant buying. “We finished the year flat [revenue-wise],” Ordóñez says, “which we felt like was a success in such a challenging year.”

Other success stories: under-$12 Garnachas such as Las Rocas and Evodia and boxed wines (which because of their size averted the tariffs) like Tiza Tempranillo, Viña Borgia and sundry rosados. Having so many red wines at or over the 14.1% threshold helped Spain as well.

Conversely, aside from Albariño — for which, Ordóñez notes, “demand already outpaced supply” — white wines suffered because of their lower alcohol levels. “They’re not going to jack up and destroy a wine to get the alcohol up and avoid the tariff,” Peters explains.

Most affected by the tariff/pandemic hit were smaller and less familiar wineries. Many of them had depended to a large degree on people discovering them with by-the-glass pours in restaurants. Tamers, among others, believes that the gradual re-openings in the coming months, along with the emergence of more unconventional eateries and the ongoing popularity of tapas, can help these operations get back on track.

That means the pace of restaurants being fully reopened will be pivotal. In December, the National Restaurant Association announced that about 17% of US restaurants had closed permanently or long term because of the pandemic. But last week, Nielsen CGA reported that 92% of states have restaurants open to some indoor capacity, including 2% completely and 66% with capacity caps. The latest US Labor Department report said that more than 70% of the latest national job growth was in the hospitality leisure sector, much of which is restaurants.

The emerging philosophy around eateries, weighted toward fast, casual approaches, should help newer and smaller Spanish wineries. “Reinvention seems to be the way of restaurants,” Peters says, and Tamers cites “opportunities now for people to go out of their safety zones.”

In any event, the worst appears to be over, at least in the United States — “The Spanish domestic market is in way worse shape than we are,” Ordóñez says — especially if the tariffs don’t resurface.

“We got caught in the crosshairs [of a trade dispute that had nothing to do with wine], and there’s no reason we should have been,” Tamers explains. “But I’m very bullish about what’s happening in the economy.” And, he points out, “there were tariffs about 30 years ago on French sparkling wines, and they’re still around.”