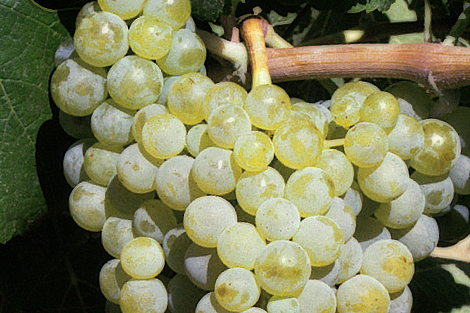 There are up to six different varieties grown in Spain under the name Albillo. Foto © Pepe Franco

It is important to know how many different varieties we have in Spain and to keep an accurate record of synonyms and homonyms. Synonyms may lead to mistakes so a transparent market needs a unique name for each variety to avoid such confusions.

Although it might controversially bring a change of the habitual grape name, it is important to assume varietal harmonisation agreements. Synonyms should only be authorised in cases where they have been historically authenticated or when the use of such name is widespread and applies to well established varieties. Regardless of whether a grape keeps its name for commercial purposes, it helps to know whether it is genetically and morphologically equal to another.

The genetic diversity of Spanish grapes is sufficiently wide to avoid the need to introduce new varieties, either by genetic improvements or importing foreign wine making grapes.

Conservation and encouragement of indigenous varieties is a priority so work is underway to discover the origin of minor local varieties. We are currently taking part in an ambitious European Union project called AGRI GEN RES 008 (GRAPEGEN06) -with collections from Germany, France and Italy, among others- to define the number of different varieties existing in Europe. A team of investigators led by Frech ampelography expert Thierry Lacombe published in 2011 Grapevine European Catalogue towards a comprehensive list (download here), which helped to clarify some changes in homonyms and synonyms. Below are the most relevant.

There are up to six different varieties grown in Spain under the name Albillo. According to the Registry of Commercial Varieties (RVC), two types of Albillo are the most widely planted. Albillo Real, previously known as Albillo de Madrid, is grown in Madrid and further to the northwest in Ávila, Salamanca and Zamora. The second is Albillo Mayor, planted in the Castille-León provinces of Burgos, Soria, Segovia and Valladolid. Additionally, there is a different type of Albillo grown in Albacete, on the eastern border of Castilla-La Mancha. Further north, in Asturias, what is known as Albillo is really Chasselas Blanc. The Lentiscal mountains in the Canary Islands have some Albillo Criollo and Albillo vines and there is even an Albillo in Granada, described by Spanish botanist Simón de Rojas Clemente y Rubio in 1807, which is still grown in tiny amounts in Extremadura and Andalucía.

There are many grapes with the word Caíño as part of their name. In Portugal, where homonyms are common, “caíños” is used as a generic word. The RVC makes a distinction between Galicia's Caíño Tinto (included in the definitive list) and Caíño Bravo or Caíño Longo (in the provisional list). Caíño Tinto has a synonym in Tinta Femia, discovered by Galicia's Misión Biológica in 2005. Lastly, Caíño Redondo is also known as Espadeiro or Gascón.

The study of this variety has proven to be a very complex case because the name was used to refer to grapes grown in Canary Islands, Rioja, Castilla-León, Valencia, Cataluña and the Balearic Islands which in fact were six totally different varieties.
1) Malvasía de Sitges or de La Palma, planted in Catalonia, the Balearics and Tenerife is now known as Malvasía Aromática and is the oldest variety mentioned by Spanish agronomist Alonso de Herrera in 1513.
2) Malvasía de Lanzarote becomes Malvasía Volcánica. Planted mainly in Lanzarote, it is widely cultivated across the Canary Islands taking up 60% of the surface under vine.
3) Malvasía grown in Castilla-León, Zamora and Salamanca occupies almost 3,000 hectares of land, but it is actually Doña Blanca. However, given its regional importance, grapes grown here can be called Malvasía Castellana.
4) Malvasía Rioja becomes Alarije but it changes its name depending on where it is grown: Malvasía Riojana (País Vasco and Rioja), Rojal (Castilla-La Mancha), Aris (Aragón), Subirat Parent (Cataluña) and Alarije (Navarra)
5) Malvasía del Bierzo is in fact Chasselas Blanc
6) Malvasía grown in Valencia has not been located in any specific plantings, although over 1,000 hectares are officially grown. Vineyards identified as such have turned out to be Macabeo.

This variety shares a large number of homonyms. Known as Zalema in Montilla and Alarije in Madrid, it is used as a table grape in the Canary Islands and is sometimes called Pedro Ximénez (although it has nothing to do with the variety grown in Montilla and Jerez). It is also planted in Madeira, where it goes by the name Terrantez as Jorge Zerolo and myself explain in the 2006 book Traditional vine varieties grown in Canary Islands.

The highs and lows of grape varieties in Spain
How many grapes are there in Spain?