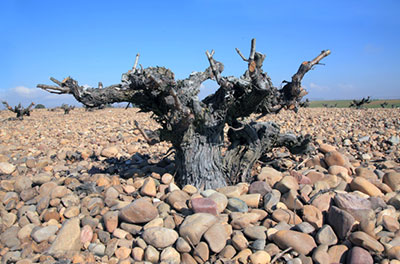 The Eguren family stands out for its ability to create a large number of high-profile labels, all of which have almost automatically joined the list of great wines from Spain. Most of them, including Amancio, La Nieta, Finca El Bosque or San Vicente, come from one of the family's four Rioja wineries (Sierra Cantabria, Viñedos Sierra Cantabria, Señorío de San Vicente and Viñedos de Páganos). But it is the wines from Toro, where they settled 20 years ago, that have brought them international projection.

The launch of Numanthia, followed by the premium Termanthia, marked one of the greatest milestones for Spanish wine. Both managed to thrust into the limelight an area with remarkable potential, albeit rustic, and to prove their striking presence on the palate. The wines certainly made an impression on the Moët Hennessy group, who made an extremely tempting offer for the winery in early 2008. The Eguren family sold but stayed on the area. By then, they had acquired about 100 hectares of vineyards and the construction of a new and sumptuous winery was well under way. The new project became Teso La Monja and includes a larger wine portfolio and a wider price range than its predecessor.

For this “second phase” in Toro, the family chose fresher clay soils with limestone veins and gravel surfaces oriented toward the north which offer longer vegetative cycles. Some of the vines are pre-phylloxera, up to 130 years old. Facilities include five vinification systems and five types of ad hoc tanks (closed top with pigeage, closed top standard, truncated cone, open top with pigeage and open top oak vats). Although the wines exhibit the power that defines this region, they show a restrained style and a good combination of fruit intensity, earthy notes from the terroir in the premium labels and seductively unctuous textures.

The portfolio starts with two entry-level wines with an excellent QPR: Románico (6 months in barrel and around €8 in Spain) and Almirez (15 to 65 year-old vines, 12 months in barrel and about €12). On the next level we find the equivalent of Numanthia and Termanthia: Victorino (45+ year-old vines, 18 months in oak and about €35) and Alabaster (pre-phylloxera vines with yields of 10 hectolitres/hectare, manual destemming and around €125)

The latest arrival, Teso La Monja, aspires to become the most expensive wine in Spain (even though its tiny production of 900 bottles is too small to be representative). It costs over €700 in restaurants and some retailers sell it for about €1,200 a bottle.

The wine comes from 1.8 hectares of biodynamic pre-phylloxera vines. Selection is as painstaking as it is for Alabaster, but with a special emphasis on a gentle extraction. As an example, malolactic fermentation takes place in egg-shaped vats.
In the glass, it is an atypical wine for Toro. It distances itself from the general character of the area and the work carried out by the Eguren family in this DO. It is Burgundian in style, with a structure that has been elegantly lightened and bonds with the mouthcoating effect of the alcohol. Its incredibly long-lasting finish and persistence are highly impressive.
The Eguren group also includes the wineries Señorío de San Vicente, Sierra Cantabria, Viñedos Sierra Cantabria and Viñedos de Páganos in Rioja; and Dominio de Eguren, which produces wine under the VT Castilla category.

Toro: the land of hearty reds and old vines