Emilio Hidalgo sherry producer | Spanish Wine Lover ﻿
This site uses cookies. By continuing to browse the site you are agreeing to our use of cookies.Cookies policy hidden 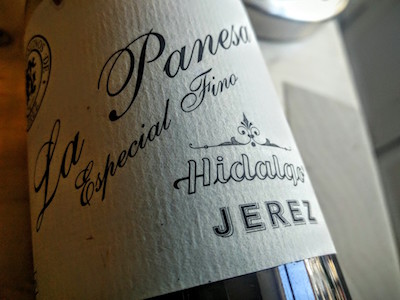 Clavel street has always been the headquarters of this sherry producer since its foundation in 1874. Emilio Hidalgo purchased the vineyards in the Añina and Carrascal pagos and set up the business, which is still controlled by the fifth generation of the Hidalgo family.

The winery was constructed in the traditional style of Jerez, with central patios, thick walls on its ageing cellars, albero (sand) soils, high ceilings and windows on the upper decks covered with esparto curtains that let fresh air in, avoid sunlight and generate the necessary moisture to maintain ideal conditions for flor and oxidative aging to develop.

Their presence in foreign markets is still going strong —they even had a base in London in the early 20th century— but they no longer own vineyards, sold by the third generation to focus on the work at the winery. Hidalgo buys the must already fermented (and sometimes fortified) from two or three regular suppliers, a fairly common practice in Jerez.

Hidalgo’s philosophy is focused on maintaining the family legacy and a style of making and blending wine beyond fashion trends and business strategies. Its most representative portfolio starts with Fino Hidalgo, aimed for the export markets and Fino La Panesa (10,000 bottles, €30), a pungent, delicate and complex wine with little filtration. It comes from a solera founded in 1962, coinciding with the birth of Alfonso Hidalgo, a member of the family. The yeasts that form the veil of flor can be up to 2cm thick, which requires suitable levels of temperature, humidity and nutrients for the 15 years -a much longer aging time than the usual in finos- that this wine rests before being bottled unfiltered in several yearly take outs.

This bodega produces two amontillados —Tresillo and Tresillo Viejo 1874— from the same solera dating from that year and named after a traditional cards game. The first (€24) is biologically aged for some nine years before undergoing oxidative aging for an additional six years; the old amontillado, concentrated and full of character, has an average age of around 50 years (3,000 bottles, €78 in Spain).

Palos cortados Marqués de Rodil (€23) and Privilegio 1860 (€260) are scarce, particularly this last one. It is one of the region’s greatest sherries, and only 150 bottles are released in two annual sacas sourced from a solera dating back to 1860. Oloroso Gobernador is an excellent value for money wine (€15) and is around 12 years old. It is the youngest version of Villapanés (€29), with an average age of 20 years and very round on the palate.

The range is completed with the sweet Santa Ana Pedro Ximénez 1861, one of the jewels of the bodega and an average age of around 100 years old (€250). With an outstanding concentration and density, this wine is sprinkled with other old wines to continue the tradition of this centuries old solera. Barely 100 bottles are released each year.

In terms of wine tourism, the winery welcomes visitors only by prior arrangement.

Sherry Festival in San Sebastián: Our top 10 wines
A complete Sherry guide: our best articles about the region
Drinking sherry history at Emilio Hidalgo
Join us at our party in Lavinia Madrid!
Eight producers reveal their Spanish wines for Christmas