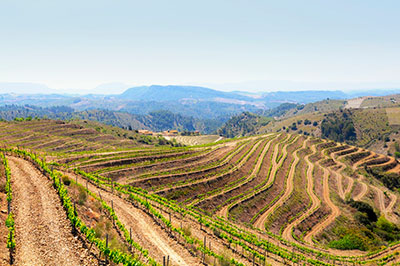 The key to the Torres Family project in Priorat lies in the mix of grapes from the coolest area (Porrera) and from the warmest and southerly El Lloar, where the winery stands. The difference between them is such that ripening times can vary up to 20 days. Using the Winkler scale, which measures temperatures in wine growing regions, they would be in two separate climates. This large group has had vineyards in Priorat since the nineties, but their first wine was not launched until the 2007 vintage.

A distinction should be made between the vines planted on terraces after 1996 and the old ones that grow directly on the slopes, known in the area as costers.

The winery produces two red wines. Salmos is a blend of Garnacha, Carignan and Syrah aged in French oak barrels for 16 months and it retails at about €25 in Spain. Perpetual is mostly made from very old Carignan vines - 80 to 100 years old. They produce ripe, powerful wines with good acidity and aging potential. Vinification of the old vines is done in small 1,000 litre tanks followed by up to 18 months' aging. Perpetual (€55 in Spain) benefits from decanting as well as extra bottle time, which gives it a highly polished texture. Vintages 2009 and 2011 are specially interesting.

Mas de la Rosa (€370) is their new premium wine. Launched in the 2016 vintage, it is named after the eponymous site in Porrera and comes from very old Cariñena, Garnacha and some white Picapoll vines. These grapes used to go to Perpetual but after Torres purchased the vineyard, Mas de la Rosa is now bottled on its own. It is the first case of a “shared name” in the region (Vall-Llach has been using it for its top red) as permitted now by the DOQ’s new vineyard classification. Torres’s Mas de la Rosa is a mineral, remarkably fresh and herbal red with a juicy, well-defined palate.