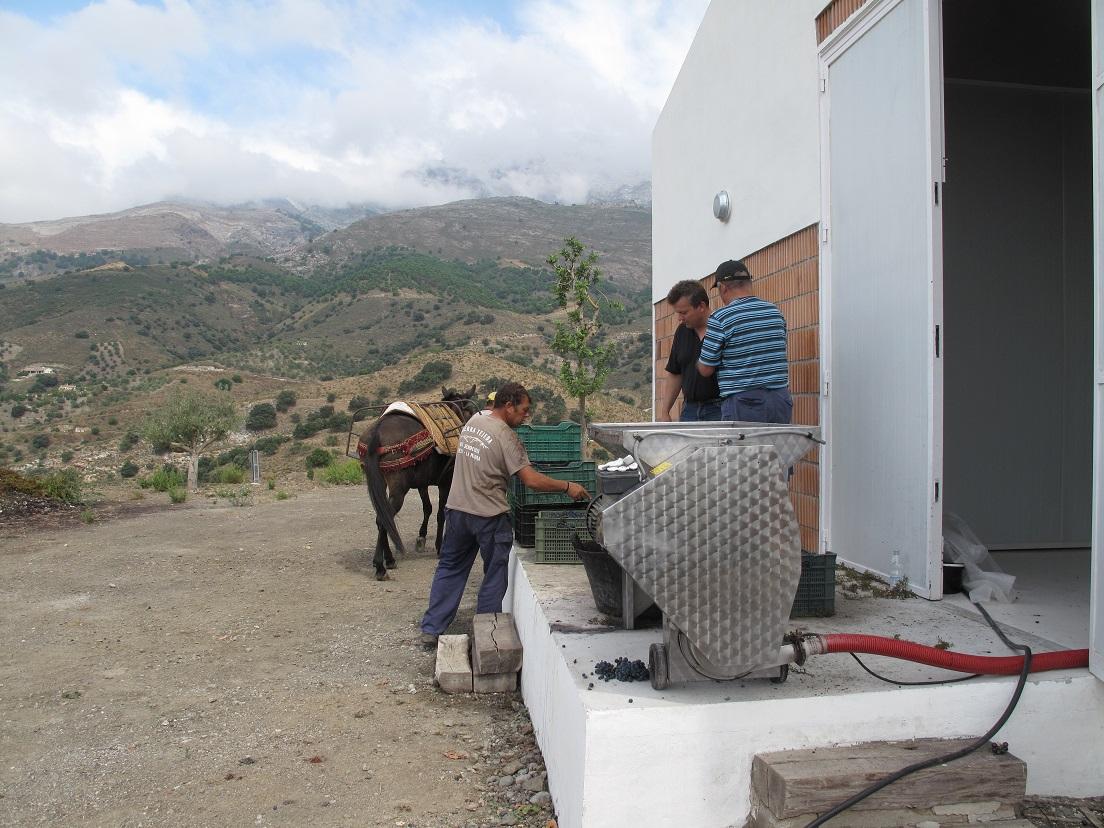 This is one of the most original projects to have emerged recently in Spain. Specially because it produced the first single varietal wine made from the almost unknown Romé red variety with a focus on quality. His creator, Lauren Rosillo, is well known for his work as chief winemaker at Familia Martínez Bujanda group in Rioja (Finca Valpiedra and Viña Bujanda), Rueda (Finca Montepedroso) and La Mancha (Finca Antigua). The approach he has chosen for his own personal winery is decidedly non-commercial.

Sedella is named after the village where it is located, a remote community of 400 inhabitants on the slate-rich Axarquia mountains, in the east of Malaga. The ancient 2.5 hectares of vineyards where the wine is sourced lie on steep slopes at 750 metres above sea level and are planted mostly with Romé, but also with Garnacha, Jaén Tinto and Muscat of Alexandria. Draft animals, roman ploughs and old techniques are used to work the land. Vineyards are organically certified and copper treatments are discarded. Although it is not fully biodynamic, it follows some of its practices such as treatments with plant extracts and milk whey.

The winery employs a combination of modern and old techniques. The philosophy verges on the natural wine concept, with minimal intervention and the use of only 20 miligrams of sulphur dioxide after malolactic fermentation (the maximum for conventional red wines is 160mg). Traditional barrels are employed along with wood and concrete eggs; experimental terracotta amphorae will soon join. Inside all these vessels, Rosillo places a silver coin as an antibacterial remedy.

Yields are very low (4,000 bottles in the 2012 vintage) and the wine feels truly different, with rustic and earthy notes, ripe fruit and a succesful combination of warm (slate) and fresh (altitude) sensations. There's a second wine called Laderas de Sedella. It comes from young vines planted on a southern exposure plot as a replica of the ancient north-facing vineyard whose grapes are destined for Sedella. It was first made in the 2012 vintage. The last addition to the range is a distinctively mineral and sapid dry white made from all the white varieties intermixed in the oldest vineyard. Being a staunch advocate of obscure grapes, it shouldn’t come as a surprise that Rosillo has only included 30% of Muscat in the blend. The rest are rare varieties like Calona, Montúa, Doradilla or Vijiriega.

Guided tours of the vineyard and the winery are on offer, as well as wine tastings. Nothing special if it was not for the breathtaking landscape that surrounds Sedella; it overwhelms even the most experimented wine travellers. Buy the wines at the winery's website

Microbes, flamenco and an open-minded look at Spanish wines
Join us at our party in Lavinia Madrid!
The best pictures from the #LaviniaSWL party
Red wines -plus a couple of rosés- to enjoy throughout 2022