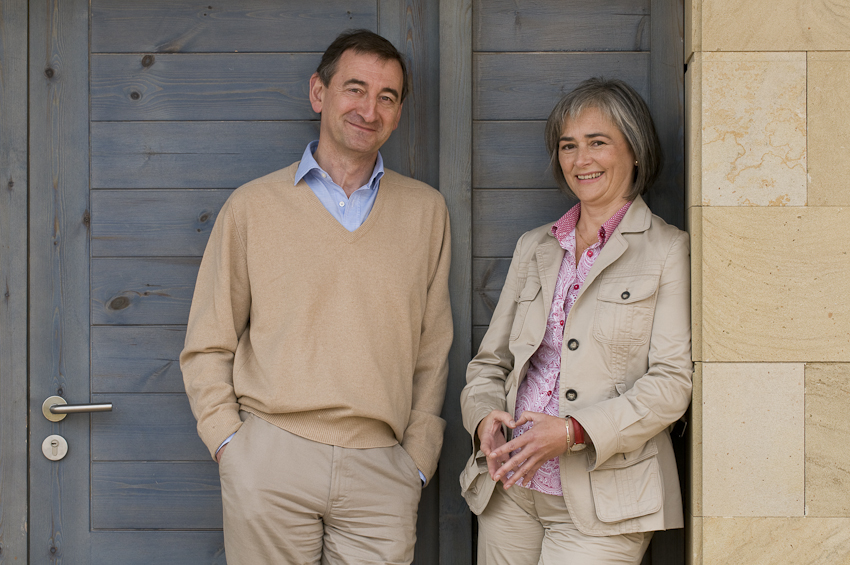 Luis Valentín and Carmen Enciso worked together for a long time at Bodegas Palacio, specially during the modernisation led by Jean Gervais and consultant Michel Rolland. After the winery was sold to Hijos de Antonio Barceló, they decided to start their own project in 1998. The name of their wine is the result of joining their surnames - it had a certain ring to it.

They started by renting facilities but later built their own winery in Ollauri. They have always known the style of wine style they wanted: Valenciso Reserva (€20) comes from old Tempranillo vines planted in Rioja Alta; the estate, managed until recently under sustainable or “reasoned” viticulture practices, has converted to organic.

Apart from some grapes purchased from two growers, Valenciso work with 27 hectares divided on 17 plots around the estate in Ollauri as well as in Briones, Rodezno, Zarratón, Haro and Villalba, the coldest and highest village. They are all within a 10km radius from their winery. Half of them are their own; the rest are managed under 15-year leases with a right to buy.

A distinctive feature is the use of concrete vats that allow gentler extractions compared with stainless steel; according to Valenciso, colour loss is avoided during malolatic fermentation.

Ageing takes place in French barrels although 10% of Caucasian oak was introduced in the blend in 2011. According to Luis Valentín and Carmen Enciso the wine feels fresher and lively, the oak is less noticeable and the style is more modern this way.

It’s worth tasting the limited edition 10 Años Después (literally 10 Years Later, €60, around 4,000-5,000 bottles) with extended aging: four and a half years in cement plus four years in barrel. It delivers striking freshness and seems to increase the wine’s lifespan. For the time being only 2005 and 2007 have been released but 2008 is already in the pipeline.

Valenciso white (€18, almost 10,000 bottles) is another limited production wine. A blend of Viura and Garnacha Blanca, it is fermented and aged in Caucasian oak. Garnacha adds unctuousness without losing definition and acidity. Finally, there’s a Tempranillo rosé (2,000 bottles). It went through a significant change in the 2016 vintage and is now bled-off, fermented at very low temperature in stainless steel tanks and later stirred intensely with its lees.

Twenty years after its launch, Valenciso has managed to find its own place in Rioja eschewing trends and tags. It shares the blending tradition with the region’s historical producers, but Valenciso wines have a distinctively modern edge and have mastered the art of expressing the essence of Rioja with a 21st century perspective.

The winery's website includes plenty of information about where to find the wines in restaurants, wine shops and online stores.

Wine tastings in August 2015
Join us at our party in Lavinia Madrid!
Valenciso, a 21st century Rioja
The best pictures from the #LaviniaSWL party
Rioja in the 21st century: styles and categories of wine