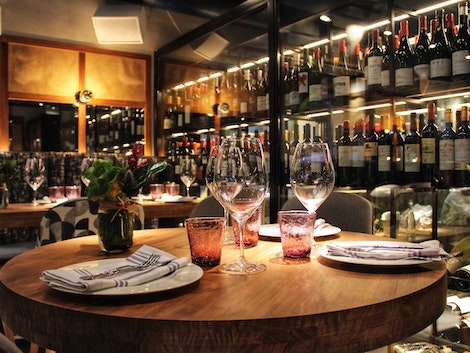 Sales of mid-range wines that went up by the full 25% have “slowed down", according to shop owners and restaurateurs in the US. Photo: Jose Ruales on Unsplash

The US wine trade traditionally finds “OND” — October, November and December — a particularly frenzied time, with close to one-half of annual wine sales being made. And then everyone rests, or at least catches their collective breath.
2019 was different, as the midwinter months remained just as hectic as “OND” for one reason and one reason only:

Not only were importers, distributors, restaurants and retail outlets coping with a 25% tariff slapped onto most Spanish wines beginning Oct. 18, they also were fretting a proposed 100% levy on all European Union wines.

That was averted in mid-February, but all hands still are scrambling to deal with the 25% excise on table wines under 14% abv. (Sparkling and higher-alcohol wines are exempt.)

The general consensus: Smaller operations (wineries and distributors) will be hurt the most, and medium-priced wines ($15 to $25) will take the biggest hits.
“Most of our wineries are bigger and can absorb [the tariffs] a little better,” says Larry Colbeck, owner of the Minnesota-based importer/wholesaler The Wine Company, whose portfolio includes Jorge Ordóñez Selections and Olé & Obrigado Imports. “The bigger wineries need all of their markets to take all of the wine they produce, so they’re much more amenable [to adjusting prices]. They’re either sharing the price rise or reducing what they charge.”

Colbeck and his associates have been working with smaller vintners, often placing orders and having them held in Spain (the tariffs might end later this year), but he said other importers might “be too small to take the hits” of the affected wines. “The saddest thing is that some wines no longer will get here.”
He predicts that lower- and higher-priced wines will be less affected. “In Spain, the [inexpensive wines] are very nice. I see the middle part of the market falling the most.”

Andy Booth, owner of three Spanish Table stores in northern California, has noticed the effect already, as sales of mid-range wines that went up by the full 25% have “slowed down: $19.99 to $24.99 is enough to make some people maybe look for something else.”

While a few customers have “voiced some displeasure,” Booth hasn’t had to deal with the full ramifications yet because “many distributors are selling from old stock” that was in their warehouses before the tariffs were enacted.

In addition, importers such as Olé & Obrigado have taken measures to alleviate the pain, says owner Patrick Mata. “We have raised slightly all our prices in order to have the wines that are not affected compensate for the wines that are affected,” he said.  “We are paying all the tariffs on behalf of our distributors so that they don’t have to deal with this uncertainty. We are also clearing Customs for all our distributors that work with us D.I. [direct import].”

Still, and somewhat ominously for Spain, Mata says, the Iberian importers “are expanding our portfolio of Portuguese wines,” which are not subject to the tariffs unleashed on France, Germany, Spain and the UK.

Further steps are in the offing, if not already in place. For instance, Colbeck expects that many wineries, especially larger ones, will start exporting juice in large pouches.

“They can generate savings by shipping their wine in bulk and having it bottled over here,” he says, since sending it over “in cases and bottles limits the amount of juice you can get into a container. The high-volume guys are going to have to consider that.”

A less likely scenario would find wineries increasing the alcohol in their products to get to the 14% level, which would mean discarding a process and philosophy they have been maintaining for decades if not centuries.

But there’s little question that wineries already making 14% wines are benefitting. Alex Raij, chef/owner of four Spanish restaurants in New York City (Txikito, El Quinto Pino, La Vara and Saint Julivert Fisherie) says she has added higher abv wines. But she also pre-purchased Spanish wines in advance of the tariffs, and said she is not abandoning the smaller wineries that have been her staples. “We are a small business,” Raij says, “and have always been in solidarity with small bodegas and family-owned and -run labels. That will not change.”

Still, change is afoot from coast to coast. Raij and Booth say that their customers are only beginning to notice the consequences of the levies. Soon almost all the wine that arrived pre-tariff will be gone, and it will be more difficult for businesses on both side of the Atlantic Ocean to absorb the costs of the tariffs.

Compounding the situation, especially at the lower end of the market, is that California all of a sudden has a significant grape glut, which will push prices downward. “This is coming at a horrible time for imports,” Colbeck notes, adding that wines from places such as Argentina and Australia also could gain market share at the expense of the European wines affected by the tariffs.

Meanwhile, it is US businesses that are suffering the most, according to Ben Aneff, president of the US Wine Trade Alliance, a coalition of retailers, wholesalers, importers and restaurants that oppose tariffs.

“The initial data we received showed what many of us believed anecdotally,” says Aneff, managing partner of Tribeca Wine Merchants in New York, “that 25% was high enough to do real damage to the US wine industry by making many wines too costly to safely import and sell. The damage, however, was largely limited to US businesses. There are large overseas markets that can absorb much of the wine the US would not be purchasing as a result of tariffs.”

The long-term effects are even more daunting, Mata predicts. “Wines will become more expensive and remain expensive after the tariffs,” he says. “There will be less importers and distributors. Short-term, everything is on hold. No one is hiring, no one is firing. When a business does not move forward, it slows down. To me these tariffs are economic terrorism.”

Still, there’s a sliver of potential good news: Spain is, well, Spain, a vinous category that has induced plenty of loyalty in recent years.

“[Consumers] are still interested in tasting Spanish wines. They’re not ‘oh no, not another pinot grigio,’ ” Colbeck says. “I’ve been in the business since 1973, and there’s just a feel to the Spanish category that is very vibrant.”