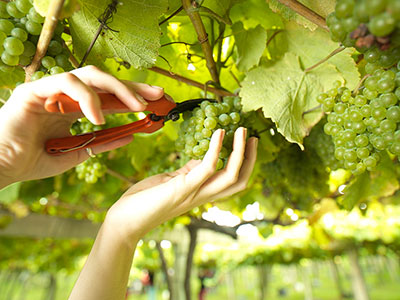 La Rioja Alta group settled in Rías Baixas at the end of the eighties, in a move similar to other Riojan wineries looking to increase their white wine production. A local winery was purchased and later renamed Lagar de Fornelos but today they use teh name of their main brand Lagar de Cervera.

The winery and most of its vineyards are located in the O Rosal subzone, the warmest and southernmost part of Rías Baixas, which extends from the sea inland close to the Portuguese border. In a region where most of the land is divided into small plots, they opted for acquiring 75 hectares spread across O Rosal (60 hectares) and Cambados (15 hectares). No other winery in Rias Baixas (except the cooperatives) own so much land under vine.

Te range of wines includes Lagar de Cervera (around €10 in Spain), a single-varietal Albariño which is vinified in stainless steel tanks, as is customary in the area; and Pazo de Seoane (9,5 €), a blend of Albariño, Loureiro, White Caíño and Treixadura.

Winery tours are free and there is a private dining room which can be booked in advance. The main attractions are the old lagar (wine press), in very good condition, and the distillation pot stills, devoted to maintaining the old Galician tradition of making eaux de vie spirits with Viña Armenteira dry orujo and Viña Armenteria herb orujo.