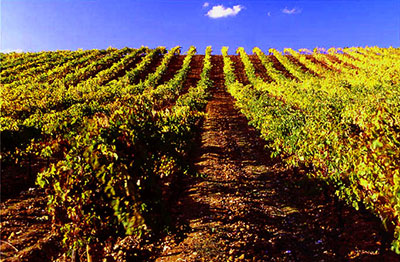 Established in 1987 in Cacabelos, the Luna family’s winery produces some of the best value reds from Bierzo, all of them based on the local grape Mencía. The basic young red, as well as the 12 months oak-aged Finca have really succeeded at showing both grape and terroir character in a way that is really difficult to find in wines retailing below or around €10. This achievement has to do with painstaking winemaking and especially with the high age profile of their vines. Over 50-years-old vines in the case of Luna Beberide young red, and over 60-years-old for Finca La Cuesta.

During the last few years, Luna Beberide has restructured the 80 hectares of vines of their own spread throughout the villages of Cacabelos and Villafranca del Bierzo. The goal was to get rid of international varieties and to focus on the native Mencía and Godello.

Art (around €20 in Spain) comes from the oldest vines, mostly planted on schist soils. It shows earthy and dark notes in the glass and a slighly more powerful profile.

Starting in the 2018 vintage, Finca and Art feature the words Vino de Paraje Valdetruchas on both labels, according to Bierzo's new clalssification. Paixar, their red wine produced with grapes grown in Dragonte (Corullón) will be labelled as Vino de Paraje La Sierra from the 2019 vintage onwards.

Paixar was born in 2000 as a partnership with the García family (Mauro, San Román, Garmón), but now is fully owned by Luna Beberide. Grapes are sourced from a wealth of tiny plots spread at an altitude of 700-900 metres. Such mountainous areas are a natural habitat for wild boars who occasionally have to be disuaded from devouring the Mencía grapes planted among chestnut trees. In fact, “paixares” is the word used by locals to refer to the region's highlands.