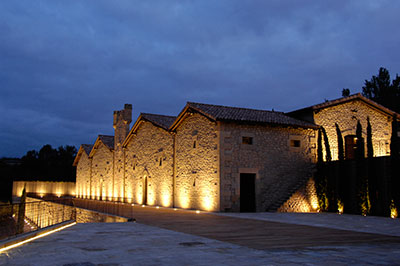 Murrieta is all about history and a must-visit winery, especially after the painstaking restoration of its historic buildings, notably the magnificent castle. No doubt this has been the icing on the cake for a venture that is over 160-years old and, together with Marqués de Riscal, laid the foundations for what Rioja is today.

Murrieta has explosively entered the 21st century thanks to the almost perfect tandem formed by owner Vicente Dalmau Cebrian-Sagarriga and winemaker María Vargas. All wines have been redefined from the vineyard. The modern Dalmau (€48) has moved away from the spotlight in favour of the historic Castillo de Ygay Gran Reserva, which has been produced since 1877 and is definitely back as Murrieta’s top star. Differentiation is more noticeable with Dalmau’s new daring typeface. And the price of Castillo Ygay continues to increase (it retails around €75 in Spain)

The style of the white Capellanía (€19) has been established as a barrel-aged wine suitable for cellaring, but all oxidative notes have almost disappeared with the return of the legendary white Castillo Ygay. The first “edition” of the 21st century is the 1986 vintage which, despite having been aged in barrels for 22 years, is amazingly fresh and much younger than expected. Its price tag (€495) is the highest ever for a Spanish white wine.

“Viura is a very peculiar grape; when it sees wood it can produce a multiplying effect of complexity”, explains winemaker María Vargas. She compares whites with extended aging times to extreme sports and places them “at the very limit of what oenology is capable of”. Aging started in new oak barrels which were progressively replaced by used barrels. A steady reduction in the number of rackings followed (barrels were eventually refilled with the contents of other barrels) until the wine was transferred to cement vats where it remained for six years before being bottled in 2014.

Previous vintages of the white Castillo de Ygay date from 1970 and 1978; there was a limited early release of the 1986 with barely 100 bottles in the market. No doubt Murrieta wants to make a name as a specialist in wines that stand the test of time.

The Reserva (€16, around 1m bottles)is Marqués de Murrieta's flagship wine. It aims to reflect the personality of each new vintage at the vast Ygay estate. With as many as 300 hectares (200 of them vineyards), Murrieta’s Ygay is the largest property intended for a single wine project that can be found currently in Rioja. Over the past years, this wine has gradually shifted towards a more fruit-driven, terroir-focused style with oak and aging notes losing ground. The blend is becoming more flexible and now includes higher percentages of Garnacha and Graciano, as it has been the case in the 2012 vintage.

The modernization of their Reserva has allowed the Gran Reserva to better express the character of the aging process. For the time being, the Gran Reserva can only be found abroad but it is expected to be released in Spain at the beginning of 2017. It comes from a selection of wines showing more aging potential among those destined to the Reserva.

In 2016, Murrieta also launched a modern rosé a world away from the kind of wine which was once made at the winery. It is made from Mazuelo (Carignan) sourced from the highest plot in the estate and comes in a unique, custom-designed bottle.

The aim of founder Luciano de Murrieta of making single-estate wines following the Bordeaux model is therefore safer than ever. And since his first shipment of fine Rioja wines in 1852, Murrieta has come to export more than 60% of its production to 75 countries around the world.

An online site to purchase old Spanish wines
In search of old Riojas (and III)
Our favourite wines in 2014
America’s west coast opens up to new Spanish wines
Spanish rosés turn pale and aim for quality
Five top Riojas to enjoy this Christmas –plus a few affordable alternatives
Marqués de Murrieta. Back to its glory days
What do critics really value in Spanish wine?
A green cloak and nine unique bottles
Rioja in the 21st century: styles and categories of wine
Rioja and American oak: a slightly fading but still solid alliance