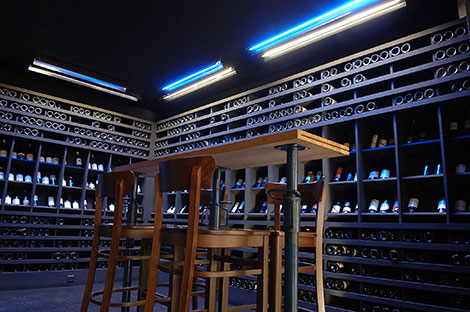 The first time I visited Brussels was in 1988. At that time, the Belgian market was completely dominated by French wines, in all categories. Spanish wines were still an ethnic produce. They were consumed by the numerous Spanish immigrants who came in the 1950s and 60s. Neither were they particularly curious about high-quality wines, nor their buying power was comparable to the affluent Belgians. Therefore, most wines from Spain were at the time cheap and cheerful examples of post-war Spain: highly oxidised red wines, with no particular indication of origin nor of grape variety. They were successful because of their price and of the nostalgia they brought upon the immigrants souls. But it was clear for Belgian people that quality wine was synonymous with French wine.

When I moved in 1993, a relevant number of more affluent Spaniards -those working for the EU institutions and for the lobbies and consultants around them-, had settled there. They could afford better wines. They were also familiar with the new wave of Spanish wines that began to be produced in the late 1980s and they related to Belgians and other foreigners on a same level.

Struggling behind France and Italy

Other circumstances concurred. Spain was already in the EU, so it was very easy to import wine. Spain's lower economic level and the weak peseta meant quality/price ratios and profit margins were particularly interesting prompting many professionals to import Spanish wines. Besides, Spanish brands became larger and promotion improved considerably.

Many things happened afterwards, but let's go straight to the fundamental results. Spain is now the third wine exporter to Belgium, still far away from France and Italy, but advancing quickly. The importance of Spanish wines in the Belgian market is heavily dependent on the regions. Although things have started to move recently, there is very little Spanish wine in Wallonia, which remains very loyal to French wine. In the more open Flanders, Spanish wines are progressing rapidly. For instance, Flemish people drink now more Cava than Champagne (indeed they drink more cava per capita than Spaniards themselves, but this is another story). The excellent value for money is a good reason for such success, but top Spanish wines can increasingly be found in the best Flemish and Brussels restaurants at equivalent prices, and they sell.

Focusing in Brussels, my home town, you can find Spanish wine in many places, but only rarely as a first choice. The most relevant reason for this is that Spain does not hold France's tradition. Most restaurants in Brussels shockingly separate their wine lists between wines and "foreign" wines. Of course, foreign means not French! This is a good indicator of the weight of tradition that makes French wine the natural choice when thinking about wine.

Spanish cuisine is highly appreciated all over the world, and Spanish chefs take most of the top positions in world restaurant leagues. But, unfortunately, this is only a small part of the story. The real thing is that there are very few good Spanish restaurants outside Spain. On top of that, popular Spanish dishes such as paella and tortilla have not traditionally been part of the menus in affordable restaurants around the world, as  is the case of Italian pizza and spaghetti. Indeed, the huge network of pizzeria and trattorie is a major reason behind the success of basic Italian wines. The joyous adoption by Americans of Italian pizza and pasta as their second national food resulted in the expansion of those restaurants around the world. Besides, Italians are, after the French, the second largest foreign group in Belgium. Funnily enough, Greek and Portuguese wine producers benefit from their network of ethnic restaurants far more than Spain from theirs.

Therefore, Spanish wine is entering the Belgian market in a more discreet, sluggish way, by adapting to the realities of non-Spanish food, conquering tastes and convincing wallets. All the best restaurants in Brussels undoubtedly have a decent selection of Spanish wines. But they also have a much longer selection of French wines or, if they are Italian, Italian wines.

This is not good news for Spanish producers, but it can be excellent news for international consumers. Indeed, Spaniards have to face the lack of a supporting structure, as well as the lack of a historic background among average consumers (there is a huge historic background although most people are not aware of it, but once again this is another story). The only way to face this is offering comparatively better quality and, most of all, unbeatable prices for a determined quality.

You will find in all Brussels supermarkets a decent selection of Spanish wines, most of them with well-known brands: Delhaize and Carrefour and specially Cora or Colruyt for Spanish wines. If you happen to be in Brussels in September, do not miss the foires de vin organised by the supermarkets; you can fetch good Spanish wines at very nice prices. More than 70% of wine sold in Belgium is bought in supermarkets.

This is good for the price/quality band. If you look for quality and original wines, you need to go to wine importers. Belgium is full of importers, retailers and wine bars. I confess that I have trouble to understand how so many people are making a living out of such a small market share. In Brussels you can find practically all of the relevant quality Spanish wines. Think of a name and you will find an importer. My favourite importer is La Buena Vida because they focus on small high-quality producers. But there are many others, such as Alhambra, Vinos Granada, De Coninck, Mafribel, GMF… You can buy directly from them. More than 1,000 importers, and around a fifth of them importing Spanish wine. Imagine!. If you are interested in importers, Vino! Magazine publishes an annual directory. Most importers organise, at least once a year, open door days in which you can taste -for free or for a small fee- many of their wines. Click here for those tastings.

As an occasional consumer, you might be more interested in wine shops and wine bars. There are to my knowledge two Spanish wine shops: España Select and Iberjam. Other wine shops, such as Ad Bibendum, Palais du Vin and Vin & Compagnie have very good selections.

My favourite wine bars are the two Winery, where you usually find Spanish wines by the glass. The last time I visited, I had a glass of Viñatigo Tintilla from Tenerife! Comocomo and Supermercado wine bars are focused on tapas and worth a visit although they could do with offering more original wines. Etiquette is very impressive, but offers a limited selection of Spanish wines. L'Auberge Espagnol, despite its name, has only few Spanish references.

To summarise, if you want to try and enjoy Spanish wines, Brussels is one of the best places outside Spain to do it. Do not expect to find those wines as easily as you can find French wine, but with a little extra effort you will certainly be rewarded with success.

1 Comment(s)
Comment on this entry* *All comments will be moderated before being published: