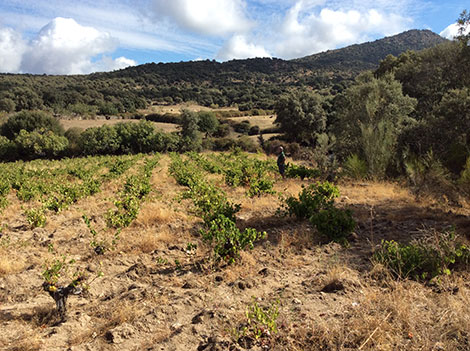 In order to fight against the narrow-mindedness of many appellations in Spain, almost 150 wine professionals —including producers, journalists and wine merchants— have signed a Manifesto in defence of terroir.

The declaration, whose contents we fully endorse, echoes the conclusions of a round table held in Madrid’s Club Matador in early November. Find here all the information about this event, organized by leading Rioja producer Telmo Rodríguez and other initiatives which have raised the need for a substantial renovation within the Spanish DO system over the past few months. The aim is to recognize the potential of Spanish wine and boost its heritage in order to defend and protect the country’s unique, exceptional vineyards as opposed to strategies based on high production and low prices.

The discussion has gained significance after top producer Artadi finally quit the DOCa. Rioja late in December, as announced a year earlier. The almost 150 signatures supporting the manifesto include many prestigious winemakers from the four corners of Spain, leading critics and wine merchants. Support has also come from outside Spain with British Master of Wine Tim Atkin also signing the Manifesto. A few weeks ago Atkin published his first report on Rioja with harsh criticism towards the Regulatory Board’s inaction regarding the possibility of including specific geographic areas on its labels.

Read below the Manifesto, learn about those supporting it, and see here a video made during the round table held in Madrid last November.

Spain boasts the richest biodiversity and the most varied landscapes in Europe but it also faces the greatest challenges in terms of environmental awareness and conservation. The world of wine is no exception.

The Spanish wine appellation system has proved effective in protecting geographical names and origin, but it has been oblivious to soil differentiation and levels of quality. Efforts have been aimed at turning our vineyards into the world’s biggest, not the best.

However, we have the history, the places and also the passion needed to make the most out of our exceptional crus and vineyards.

Deep changes are needed to boost our wine heritage and bring a sense of self-worth onto Spanish wine. It must be a global change for everyone involved, from producers to the authorities.

All the great wines in the world come from exceptional vineyards. That’s why the most revered wine regions have passed laws to defend and protect those unique sites.

All producers will benefit from such a structure. Only by raising the bar and demanding ourselves more, will we be able to improve quality and explain Spain’s wine reality more accurately. It will also help to sell all kinds of wine better.

Therefore, we call upon the Regulatory Boards to be sensitive to the new wine reality that is emerging all over Spain and to approach a classification of the land in terms of quality. We are certain that establishing such distinctions is the first step towards excellence. Beyond emerging as an unstoppable trend, terroir wines are the best way to improve the quality of Spanish wines and achieve international recognition.

Priorat: is it all about terroir?
What’s all the fuss about Cava?
Does terroir matter in Spain's appellations?
Bierzo approves a Burgundy-inspired classification
Village wines in Rioja will be based on the location of the winery
A MW research paper on wine classifications in Spain
Spanish wine growers: first steps towards excellence
“Galicia is the Spanish Burgundy and has tremendous potential”
The challenges ahead: “Rural areas, medium-range wines and the cultural sphere”
Futuro Viñador, a new terroir-driven association to watch in Spain
Volume or quality in Rioja? 200 small wineries voice their discontent

2 Comment(s)
Comment on this entry* *All comments will be moderated before being published: