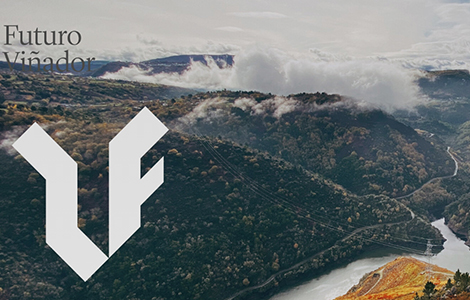 A screenshot of the website of Futuro Viñador, launched this week.

They have chosen not to follow the VDP model, neither have they tried to build a sort of national-scale Corpinnat. The spirit that inspired in 2016 the Club Matador declaration in defence of terroir and continued a few months later with the First Wine Growing Encounter, hosted by Telmo Rodríguez at Granja Nuestra Señora de Remelluri in Rioja Alavesa, has not faded over these years.

During this time, producers discussed ways to jointly defend and preserve Spain's traditional vineyards. The Futuro Viñador collective, formally established as a non-profit association, is the result of these discussions.

According to Eulogio Pomares (Zárate, Rías Baixas), president of Futuro Viñador, the association plans to “train growers, encourage wine research, spread wine culture and safeguard rural life.”  Pomares also points out that they will leave aside commercial and technical matters to concentrate on the humanist aspects of grape growing, which they see as a “familiar, human-scale activity.”

Setting up the association “is a mere legal requirement”, adds secretary Elisa Úcar (Domaines Lupier, Navarra). “Futuro Viñador is a movement to improve the country and the territory, and we will do it by taking action". The group’s manifesto which, according to Úcar, was drawn up jointly by all the members, is available on their website launched this week.

The first joint action of the new association will take place later this month in the Viñateros tasting in London followed by a couple of dinners with consumers and professionals. In March, members Algueira and Guímaro will host a workshop in Ribeira Sacra to show how to build and restore wall stones. A lecture by Isabel Aguirre, architect and director at Juana de Vegas Foundation’s Landscape School, will wrap the session.

The group is already working on future pruning and grafting workshops, in line with the spirit of the project and the direction they want to follow. Although spaces are limited, workshops are also open to non-members.

Futuro Viñador is the result of three years of meetings, discussions and visits among its members. The aim in 2020 is to continue with their in-house work with a view to admit new members from other wine producing regions from 2021 onwards.

According to one of the youngest members, Juan Antonio Ponce from Manchuela, “it is important to show the purity and the diversity that still exists in Spain and to add value to the country’s varied landscapes and traditional ways of life, however remote they may be.” Ponce values the diversity of producers with contrasting backgrounds but similar concerns and common goals: “Our meetings so far have been very enlightening in terms of the different ways of growing, handling and understanding viticulture,” he says.

For his part, Antony Terryn, owner of Dominio del Bendito in Toro and a great advocate of the region's traditional ungrafted vineyards, thinks it is important to stress that “Spain has great vineyards on the mainland and on the islands” and that quality viticulture practices are needed. “In the end, it is a matter of believing in ourselves; the association wants to be a driving force,” Terryn adds.

Their internal rules have not yet been disclosed, but the association says that producers will have to meet a series of goals to measure their progress. According to Eulogio Pomares, they pursue a dynamic, open approach where sustainability, viticulture and winemaking aspects are taken into account. Nevertheless, “all these issues will be considered end goals rather than starting restrictions.”

The president of Futuro Viñador acknowledges that “there was considerable discussion on whether we should launch the association with a fixed set of rules or instead establish a series of goals to be achieved; this delayed the project and meant that some people stayed while others backed down.”

“Should the total sulphur content be limited, should we establish a number of own or leased vineyards, should we be audited by a certifier? It was frustrating to discuss issues which were not really that relevant. In the end, a consumer who buys our wines doesn't do so because they have 40 or 60 g of total sulphur dioxide”, reckons Pomares.

Members will include the logo of the association on their wine labels, yet Eulogio Pomares stresses that “Futuro Viñador goes one step further: it is all about learning and building awareness.”

“We want consumers to know that they will purchase a wine made by artisans, people who care for the soil and the landscape, who respect the countryside and who have nothing to do with industrial, marketing-driven wines. It's not a matter of drinking one type of wine in favour of another; we just want to make it clear that they are different,” Pomares concludes.

Does terroir matter in Spain's appellations?
Spanish wine growers: first steps towards excellence
A Manifesto in favour of Spain’s unique vineyards
Tasting with five Masters of Wine and other spring highlights