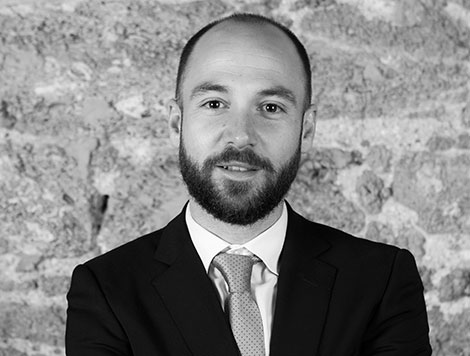 Juan Ruiz Henestrosa is sensitive, discreet and passionate, three qualities which have undoubtedly helped him to excel at his job and be named Sommelier of the Year in 2015 by the International Academy of Gastronomy.

He is in his element as headwaiter and sommelier of Aponiente, a sea-focused restaurant led by chef Ángel León (2 Michelin stars) in El Puerto de Santa María (Cádiz), with whom he shares a “fraternal” relationship based on good communication and transparency. Such good professional and personal rapport with the Chef del Mar (Chef of the Sea), as Ángel León is known, has been growing strong for eight years, with its highs and lows.

“I joined Aponiente on its second season. Before that, I had been one of their customers, so I had sat on the fence. Back then, the restaurant still had a tapas bar. There were two of us to manage the bar and restaurant and we helped each other out. I remember all those nights when we checked the till and it was on the red, with minus €15; I told punters wine was on the house but even with that, they refused to eat what we offered. When recession hit us hard, the team met and we agreed that we would either ‘die with our boots on or jump ship’”.

They took a gamble and dismantled the bar to focus on the restaurant, but they gave themselves some time. “The change wasn’t drastic; instead we included starters on the bar menu and even some meat dishes. We wanted people to stop being afraid of Aponiente and we made it, but it was risky”, remembers Juan. “Since an early age, my parents taught me to work hard and to achieve goals on my own. They still remember my decision to embark on such a personal and risky venture, but it turns out that I took the right decision.”

Those hard days are over. Now Juan channels his anxiety competing on mountain races, a sport that he adores and gives him balance, and leads a team of 15 people in the new Aponiente, a spectacular 17th century tide windmill right by the water. “Our new menu has brought back our initial spirit —it needs a perfumer rather than a sommelier”, he jokes. The old restaurant premises in Puerto Escondido street have been transformed into a tapas bar (what else?) with wines selected by Juan.

Unlike colleagues such as Guillermo Cruz (Mugaritz), Juan didn’t have a special urge to be a sommelier. “My grades were good and I had plans to study a degree in Spanish philology or psychology. Since I was 14, I helped waiting tables at my uncle’s restaurant in Rota and I gradually realized that no matter what I studied, I would end up working in the hospitality business”.

It wasn’t until he enrolled at Cádiz’s Catering School that his interest in wine started to develop, but all those childhood afternoons spent with his grandparents must have sowed a seed in his head. “They were traditional country people and wine culture ran deep in their veins. I remember when I was three how my grandad used to pass me under the table a castorita, a small glass of Fino or Pedro Ximénez. He was highly knowledgeable about Sherry and he instilled in me that culture without my hardly noticing”.

Such interest for Sherry grew as he started to work in top restaurants alongside Ferrán Adrià at Hacienda Benazuza near Seville (now closed), and specially Santi Santamaría at Sant Celoni, Racó de Can Fabes and other restaurants which closed down in 2013 after the Catalan chef passed away.

He learnt a great deal with Santamaría, but also with colleagues like Abel Valverde, currently restaurant manager at Santceloni in Madrid, whom he considers “an icon”. “He has the ability to retain the very best of classic gastronomy but at the same time introduce current trends”, says admiringly. “I have developed my own style at Aponiente but even on a day to day basis and at 35 years old, I still wonder ‘what would Abel do in this situation’”?

Fine senses and good memory are not really essential to be a good sommelier, says Juan. “Sacrifice, work and a humble attitude are the three basics. If you have these three attributes, you can get everything else”, he explains.

Veteran Spanish sommelier Custodio Zamarra, who was his teacher, David Robledo (Santceloni) or Pitu Roca (El Celler de Can Roca) are three professionals that he admires. All of them share these qualities.

“I have worked, learnt and had fun with a great deal of people. For better or worse, I carry a tiny bit of each one in me. There is nothing greater than being a little snippet of the people you admire, adding your own style”, says Juan, who was born in Rota (Cádiz).

Among young colleagues, he wonders at Guillermo Cruz, from Mugaritz. “Right now, he is the standard-bearer of the new wave of sommeliers in Spain. He is the emblem, the flagship name; he has magic, sparkle, harmony, life, strength, desire, humility, work…. and he has something that I lack: he wanted to be a sommelier from the age of 12. Wine discovered him whereas in my case, I discovered wine”.

At work in Aponiente, he tries to engage with clients and get them to feel that wine is an everyday easy drink. “We sommeliers have very rigid routines; at times it must feel as if we are preaching; the ceremony of presenting the wine, opening it… but we must remove our cassock and bring wine closer to people; explain it with mundane words. We should avoid comparisons with direct flavors and aromas and use instead sensorial descriptions that clients can relate to like violet-flavored candy, a childhood aroma, or bread and butter”, explains Juan.

“I always say that wine is the world’s only time machine. It is capable of recapturing moments as well as transporting us to places we have not been; that’s the easiest way to take people’s fear away. The job of a sommelier is to tell stories that others write”.

His commitment and passion are such that he fails to understand gastronomy without wine, “specially in high level restaurants, where the dining experience is usually on a par with the food. It drives me mad that some chefs don’t like wine”, he confesses, but he proudly states that all the chefs he has worked with loved it. “What can I say about Santi Santamaría, a wine erudite and the greatest bourgeois of this country’s cuisine in recent history. Ángel León is passionate about wine and Sherry in particular; he encourages me daily to improve our offer, our pairings and our service”.

The importance of wine in cuisine

At Aponiente, the process of creating a dish and pairing it with a particular wine is clearly outlined. “Ángel León contributes with his creativity and Juanlu, his right-hand man and alter ego in the kitchen, carries it through”. They are a creative pair so I stand aside. I try not to bother them, but I stick my nose, taste things and take notes. When they have come up with the concept, they sit with me, explain the dish and I taste it”.

Juan tries to taste the dishes that are served before and after each plate to be able to create a harmonious chain with the wine. “At Aponiente we sometimes change the order of the dishes if a wine requires so; we did just that recently, with 15 bottles of a very special Palo Cortado that we managed to get hold of”.

Such complicity between kitchen and dining room is one of the reasons why Juan enjoys his work so much. “Ángel knows me well; we’ve been working together for eight years and he can feel my hunches because he also likes to play with dishes and wines”, adds Juan.

In a place like Aponiente, where the sea sits at the tables, sherry makes perfect sense. They stock over 700 selections from across the world, but the food pairing —requested by 80% of diners— is always done with Sherry, a wine close to his origins and his heart. “I don’t trust people who don’t drink their own wine”, he remarks.

His people have indeed drunk their wine, but they have despised their heritage too. “It is shocking to see the heinous things that Sherry has had to endure since the 1980s till now. It has been badly mistreated”. Luckily, such wicked habits are dying out but Juan remains cautious. “Talking about wines from the Sherry Triangle is fashionable but consumption has not increased. It is true that there is better quality now, and that is a step in the right direction. I love the new wave of young producers working now in the Triangle. New faces bringing a fresh approach to ancestral traditions and styles that were common in the past”.

Will this new generation of winemakers help to increase consumption? “Firstly, we must bring wine closer to the public and have trained people. I am going to tell you an anecdote: I was talking to a French colleague with whom I worked in Madrid. It was a Saturday night after work; we were having some cheese and wine at his home and he said: ‘do you know what’s the biggest problem for Spanish society in terms of wine? My father in France gets a wine magazine with his Sunday newspaper whereas your dad here gets Hello or a gossip magazine’. From here onwards, there is a long road to travel, starting from the basis that wine is culture. More training would be good —why not devoting two hours of the curriculum to teach culinary culture at high schools?”, he wonders.

He is not very keen on tying his profession to competitions or reality shows —as it has happened with food shows in Spain— but he thinks bringing the work of sommeliers to TV screens as in the series Uncorked, screened on the US, could increase the popularity of wine in Spain, where annual consumption stands at less than 18 litres per head.

“Our country is one of the world’s biggest wine producers but consumption is very low. TV programs like this could bring wine closer to the public and arguably help to change the habit of drinking beer for wine —I have nothing against beer, though. Having a glass of wine when you get home from work is frowned upon in Spain, unlike having a beer or a soft drink. It’s such a shame. In these kind of situations wine consumption is much bigger in places like the US or France”.

“Instead of partying at the beach, I visit vineyards”
Top sherry wineries and tapas in El Puerto and Sanlúcar
Vinoble 2016 witnesses a change of cycle in Sherry
Is Sherry the most versatile wine in the world?
“You don’t need to be a good taster to be a good sommelier”
Sherry Festival in San Sebastián: Our top 10 wines
It comes from Jerez but… it’s not sherry!
Alba Viticultores: Sparkling a rebellion in Sanlúcar
Callejuela: countryfolk bottling terroir in the Sherry Triangle
A complete Sherry guide: our best articles about the region
The day Sherry soils recovered their voice
Unfortified whites from Jerez: back to the roots and the soil
Peter Liem: “Sherry is not a wine for everybody and we just have to accept that”
Discovering Chiclana with Primitivo Collantes
Sommelier Carlos Echapresto: “Rioja could be a victim of its own success”
Barbadillo or the courage to tackle changes