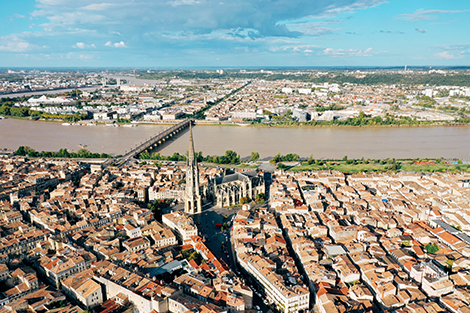 Spain has fallen for the allure of La Place de Bordeaux, the complex network of wine brokers and over 300 merchants who sell to 10,000 distributors in over 170 countries.

The first producers to make their way onto this virtual marketplace in 2021 were Vivaltus, a winery owned by the Yllera family in Ribera del Duero and advised by Jean-Claude Berrouet; and Yjar, the new red made by Telmo Rodríguez in Remelluri (Rioja), which is regarded as one of La Place’s most successful releases in recent years.

This year two venerable Rioja bodegas, Marqués de Riscal and Cvne, have joined in. Tapias, a varietal Tempranillo that Riscal intended to include in Rioja’s new Viñedo Singular category, has finally been sold through La Place. And Cvne has revamped the brand Real de Asúa for the occasion turning it into a single-vineyard red. In addition, Benjamín Romeo, owner of Bodega Contador in San Vicente de la Sonsierra (Rioja), is set to release in March next year a new red called Alma. 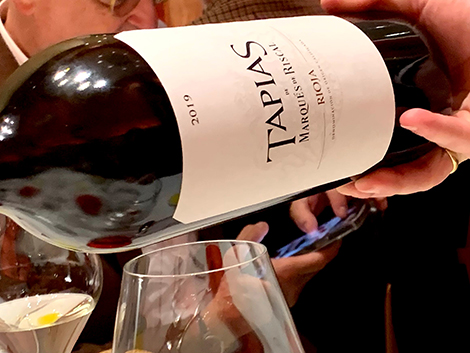 La Place de Bordeaux began trading in non-French wines in 1998. The first international wines sold through this network, Chile's Almaviva and Opus One from California, were partly owned by French companies, but there are now a wide range of producers, particularly from Italy and the US. The growth of international wines has increased significantly in recent years, up from just a handful in 2017 to 70 in 2021 and to upwards of 100 this year.

Unlike Bordeaux wines, which are sold as futures or en primeur each spring, international brands are sold as finished wines with the bulk of sales happening in September. The commercial approach is also slightly different because instead of seeking access to as many négociants as possible, a pool of six or seven merchants is preferred to concentrate distribution, with courtiers or brokers playing a key role in selecting the appropriate mix of négociants.

Founder of FAP Grand Cru, François Passaga is a French wine importer based in Madrid who knows well the ins and outs of La Place de Bordeaux. He believes that it can be a powerful tool for Spanish wines to gain international exposure and recognition, as well as to be present in the world's major wine markets. "The absence of Spanish names in La Place was outrageous given the quality of its fine wines, so it is a pleasure to see that Spain has finally got its foot on the door. La Place is the largest, most important wine marketplace, and almost the only one to trade the finest wines in the world," he points out.

Jane Anson, a Bordeaux-based writer and wine critic who follows closely the new releases through her website, agrees: “Spanish fine wine is one of the most exciting categories in European wine right now, for sure, for example with the move towards individual terroir-driven bottlings such as Yjar, and also Alma and Baron de Chirel. I think it is smart showcasing those relatively new styles through La Place de Bordeaux, because it demonstrates that quality-wise they stand up against the best of the world.” 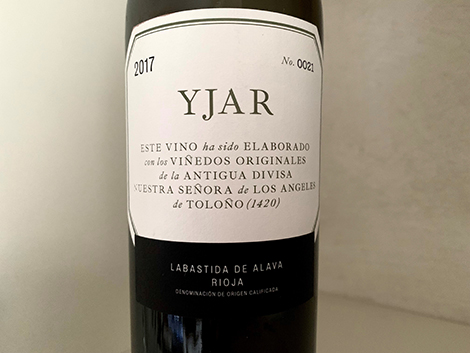 Extremely refined and delicate even for Rioja standards, Yjar was developed in the utmost secrecy for years after Telmo Rodríguez took over the reins of the Remelluri family estate in Labastida (Rioja Alavesa). "Yjar has been a tremendous success and this is leading other producers to try to replicate it,” says Passaga. “At the same time, La Place is eager to discover more interesting Spanish wines. At present, there is a sort of effervescence". Passaga, in fact, claims to be aware of at least half a dozen projects in the pipeline.

The first Spanish producers who took the plunge have positive feelings about it. Telmo Rodríguez particularly welcomes the multiplier effect of La Place, capable of reaching a large number of new customers worldwide.

For Víctor Urrutia, president of Cvne, “La Place is a truly attractive showcase given the inexistence of a market for expensive wines in Spain and the lack of a powerful primary market sales mechanism. It satisfies our commitment to be more active abroad and enables us to reach new markets," he points out.

"Building a network to be present in 40 countries can take ten years, against a month if you sell through La Place", says Marcos Yllera, who trades both Vivaltus (15,000-16,000 bottles) and the second wine La Fleur de Vivaltus through the Bordeaux network. Both wines share a restrained style, far away from the powerful reds that rule in Ribera, and include Cabernet and Merlot in the blend. Yllera have retained control of the Spanish market and are proud to share a space at La Place with the great wines of the world. 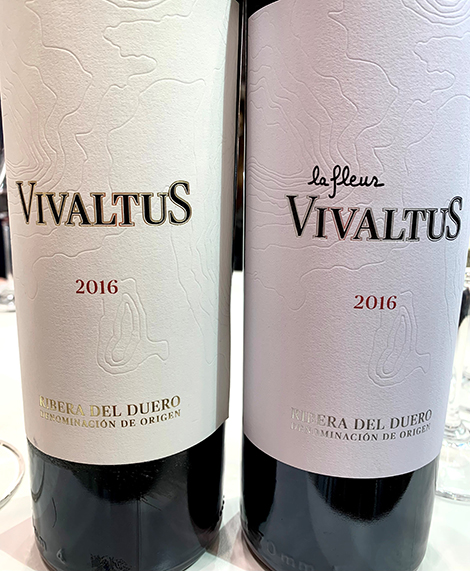 La Place does not necessarily demand exclusivity (Cvne, for example, will continue to sell Real de Asúa directly in several countries), but it is a business model that works better without constraints. “La Place is not for everybody, and you have to make compromises to be here - not least that you are no longer entirely in charge of your own distribution, and you may upset long-term distributors in your existing markets. La Place de Bordeaux is dynamic right now, but it is a learning curve for the négociants also, and I would suggest to any brand that they really ensure they are accompanying the négociants in a true partnership,” Anson suggests.

Regarding newcomers, Anson says: “It helps that these particular new wines have wineries behind them that already have a strong brand image (whether it is the brilliant winemaking of Telmo or the historic nature of Marqués de Riscal and CVNE) - it is harder to launch something entirely from scratch through La Place.”

From a historical perspective, Marqués de Riscal is unrivalled. As Paco Hurtado de Amézaga, technical director at the legendary bodega in Elciego, explains, "Bordeaux négociants were already selling our wines in 1870". In fact, his great-great-grandfather Guillermo, marquis of Riscal and founder of the winery, lived in Bordeaux and used to rub shoulders with many well-known château owners. It was he who in the mid 19th century recruited Jean Pineau, winemaker at Château Lanessan, to introduce Bordeaux winegrowing and winemaking practices in Rioja Alavesa as part of a project funded by the local government to improve the quality of local wines, which became known as Médoc Alavés.”

Riscal keeps records on how their wines were shipped in barrels to be bottled in Bordeaux as well as invoices they got in return for corks, bottles and capsules (see below). "We are now going back to our origins. Selling through La Place is sort of normal for us, but in France people get really surprised to hear about these connections," Hurtado de Amézaga explains.

Tapias 2019, which was released on 3 October through La Place, is a fleshy, deep Tempranillo, with remarkable texture and persistence. Grapes are sourced from a specific area of 2.5 hectares within the eponymous vineyard in Elciego. It is made from a set of old Trempranillo clones which, according to Hurtado de Amézaga, provide a distinctive character that always stands out in their tastings. "It is our most tannic wine, with the deepest colour and highest levels of anthocyanins, yet at the same time is also the finest and displays round, sweet tannins," he says. Fewer than 3,000 bottles have been produced in the 2019 vintage, but in 2021 they may increase production to upwards of 6,000 bottles. Like Yjar, Tapias is sold entirely through La Place.

To mark their return to Bordeaux, Marqués de Riscal organised a vertical tasting of historical vintages in Elciego going back to 1862, the estate’s first ever bottled vintage. Wine critics and experts from all over the world attended the event. Perhaps this provides an idea of how strongly Riscal want to support their brand on an international scale.

Of the four Spanish wineries currently trading through La Place, Cvne is the only one that has not launched a new brand, although the conception and style of the wine have seen some changes. Traditionally sourced from vineyards in Rioja Alta, particularly from the village of Villalba, Real de Asúa has now changed to a single-vineyard red. Consequently, the name of the plot, Carromaza, is now present on the label. In terms of style, the wine tastes much fresher, with red fruit and even floral notes and vibrant acidity on the palate. 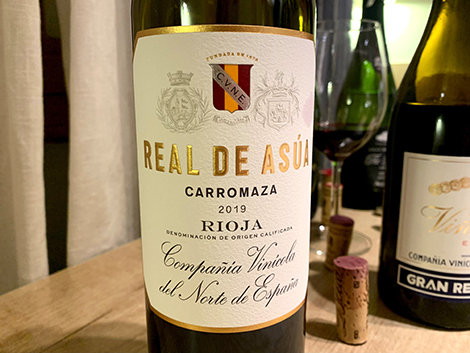 Benjamin Romeo will be the next Spanish producer to set foot in La Place in March 2023. He will do so with a new wine, Alma, named after his daughter. It is a blend of three terroirs located at various elevations in San Vicente de la Sonsierra (Rioja Alta): La Viña de Andrés, close to the Ebro River, El Bombón, in the middle area, and an elevated, north-facing Garnacha plot that represents 10% of the blend. The rest is Tempranillo. The entire production of 10,000 bottles will be released through La Place. Romeo has been working in this project for several years now, basically since 2017, when he first sold some allocations through Bordeaux négociants.

As the number of international brands grows and creates an increasingly crowded landscape, a report published this year by Liv-ex warned of the difficulties for new arrivals to find an audience in the future. And observers like Jane Anson keep repeating that La Place should be restricted to just a few exceptional wines so as not to dilute the impact.

François Passaga, on the other hand, is hopeful that the presence of Spanish wines at La Place may help to spread the word about their excellent ageing capacity. "I think Bordeaux, with its traditional focus on vintages and ageing, will pass on this sensibility to Spain, where this aspect is still not sufficiently valued," he says.

More than a century after phylloxera made Bordeaux merchants turn to Spain to get wine supplies, it is time for Spanish fine wines to make their own comeback.