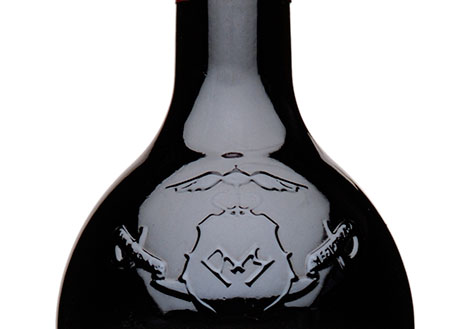 The mere sight of this bottle can excite many wine lovers. Photo courtesy of Vega Sicilia.

Vega Sicilia has celebrated its 150th anniversary throughout 2014. In a few days we will publish an extensive piece on our Wineries to Watch section explaining the ins and outs of this legendary producer, but we thought it would be equally revealing to learn from the testimonies of leading figures in the world of wine, all of them great connoisseurs.  We find out what surprised them most about these great wines from Ribera del Duero.

Serena Sutcliffe (who has been actively involved in the Vega Sicilia’s 150th anniversary book) and David Elswood, heads of Sotheby’s and Christie’s wine departments respectively, have kindly provided their views. And so have renowned Spanish wine critics and journalists Víctor de la Serna and José Peñín. We have also asked Rodrigo Prieto, founder of Vino Vintage Santander, an online wine store specialized in selling old Spanish wines, including multiple vintages of Vega Sicilia.

“I am mad about Vega Sicilia and, of course, know all about the anniversary. I have so many special memories of it, beginning with my shock when I first tasted it, in the sixties, way before I was even in the wine trade. Having had my palate formed by French wines, this was just such a different experience – as from another planet! But I was ‘hooked’, as we say”.

“Since then, of course, one has so many vivid recollections of the Único greats. However, I have to say that my unforgettable recent experience has been the impact of Reserva Especial Único. When I was tasting with Xavier Ausás in 2013 for the new Vega Sicilia book, I had a revelation – I would actually, now, keep Reserva Especial for longer than the single vintage Unico. The layering of three years in the blend of Especial gives fantastic, intricate complexity. Out of 15 glorious examples of Reserva Especial, the 2002 release (1985, 1986 and 1990) completely enchanted me – I could drink this forever. The oriental spices in this exquisite wine are fascinating – cardamom and fenugreek, class and exoticism. A divine and sweetly seductive wine – a miracle, really. The only problem is that production is so small – rare is beautiful!”

“I well remember a lunch more than 10 years ago when each of the eight attendees was charged with the direction to bring 'a unique and individual wine'.  We drank Mouton and Cheval 1982, Sassicaia 1985, Grange 1976 and Yquem 1967 amongst others – but the stand-out wine for most was my bottle of Unico 1966 – produced in the same vintage that Michael Broadbent started specialist wine auctions at Christie's in London – and 200 years after the first wine sale under the gavel of Mr. James Christie in 1766.”  “A great wine and a great memory, reminding me how impressive a great Unico can be – in any company”.

“A first encounter with a very great wine is something wine buffs always remember. To me, one of the greatest such moments happened in 2000 at Valbuena de Duero, in the endearing 19th century villa which serves as Vega Sicilia’s headquarters. With me were Pablo Álvarez, Xavier Ausás and Jancis Robinson, who had undertaken a crash course in Spanish wines and vineyards – a subject she hadn’t been too familiar with until then – after accepting to succeed Hugh Johnson at the helm of the World Atlas of Wine. A simple, Castilian lunch – kidney bean soup, roast lamb, I seem to recall – but the one lasting, eternal memory is the subtle, lively, young spiciness of a supremely elegant 1942 Vega Sicilia Único. Ever since, my standard for great Spanish red wine. Very few have been up to it.”

“I remember one time – I think it was in the late eighties. Mariano García, then winemaker at Vega Sicilia, offered me to taste a bottle of Único 1970. I told him I had not tasted that wine before  – I understood it had been released a long time ago. But he said it hadn’t. I found such delay excessive, specially as the rest of producers had already launched that famous vintage. Much to my skepticism, the big surprise was to taste the best Vega of my life.”

How much does an old vintage of Único cost?

The almost perfect 1942 vintage that led Víctor de la Serna to set such high quality standards for Spanish wines costs €1,000 at Vino Vintage Santander, the online store specialized in old Spanish vintages launched a few months ago by Santander-based Rodrigo Prieto. There are very few Reserva Especial bottles available – that wonderful 2002 bottling described by Serena Sutcliffe not being one of them – but the legendary Único 1970 can be found both in standard bottles (€600) and mágnum (€1,700), as well as the 1996 vintage mentioned by David Elswood.

“Vega Sicilia is a landmark in the world of wine, both nationally and internationally,” says Rodrigo Prieto, who recalls a 1975 vintage – his birth year –  opened recently to share with his father and wife. ”Wine means enjoyment for me and there’s nothing better that drinking them with the people you love,” he adds. That special vintage was "a deep full-bodied red with rich structure; unforgettable."

Obviously, the most cost-effective way to get hold of an old Vega Sicilia is to purchase it on release and cellar it for as long as you feel like, but patience doesn’t seem to be a contemporary virtue any more. The current vintage of Vega Sicilia Único is 2004 and it on sale at around €250.

Some lucky aficionados will put a Vega Sicilia on their table this Christmas. Others may dream of it or ponder whether it is the right time to open that lovingly stored bottle which is their greatest treasure. We hope the memories we have gathered may help readers make up their minds. Of course, we encourage you to share your great Vega Sicilia moment with us.

An online site to purchase old Spanish wines
Xavier Ausàs: “I don’t forget that I’ve made a name thanks to Vega Sicilia”
Vega Sicilia, 150 years later
Único 2006 recoups the essence of Vega Sicilia